Newly crowned “Overall Bike of the Year” – Cannondale have totally redesigned their flagship carbon road race bike with an all-new frame that is more aerodynamic, stiffer and comfortable than the SuperSix Evo they first introduced in 2011. The all-new 2020 SuperSix EVO is a pure road bike – a beautiful evolution of Cannondale’s classic race machine, designed with the aim of being the fastest, most appealing, most capable lightweight road bike in the world.

Boasting a saving of 30 watts over the prior version at 30mph, the drag-reducing tube shapes and integrated design of the new SuperSix EVO bring more to this ride then just a stunning new look. Wind tunnel testing has also revealed a reduction in drag by a massive 21% compared to its predecessor. This bike is fast. Really fast.

FEEL THE LIGHT – With the lightest disc brake road frameset Cannondale have ever made, the SuperSix EVO won’t let you down when the grade goes up.

SWIFT AND SURE – Racy geometry and stiffness for explosive speed. Better micro-suspension and big tire clearance for surprising smoothness. It all adds up to precise handling and a ride-feel that’s out of sight.

THE LAST DETAIL – Clever integrated cable routing for less drag and easy upkeep. Speed Release dropouts for thru-axle stiffness with QR ease. Integrated SAVE seatpost for a smooth ride. It’s a runner, and a stunner. 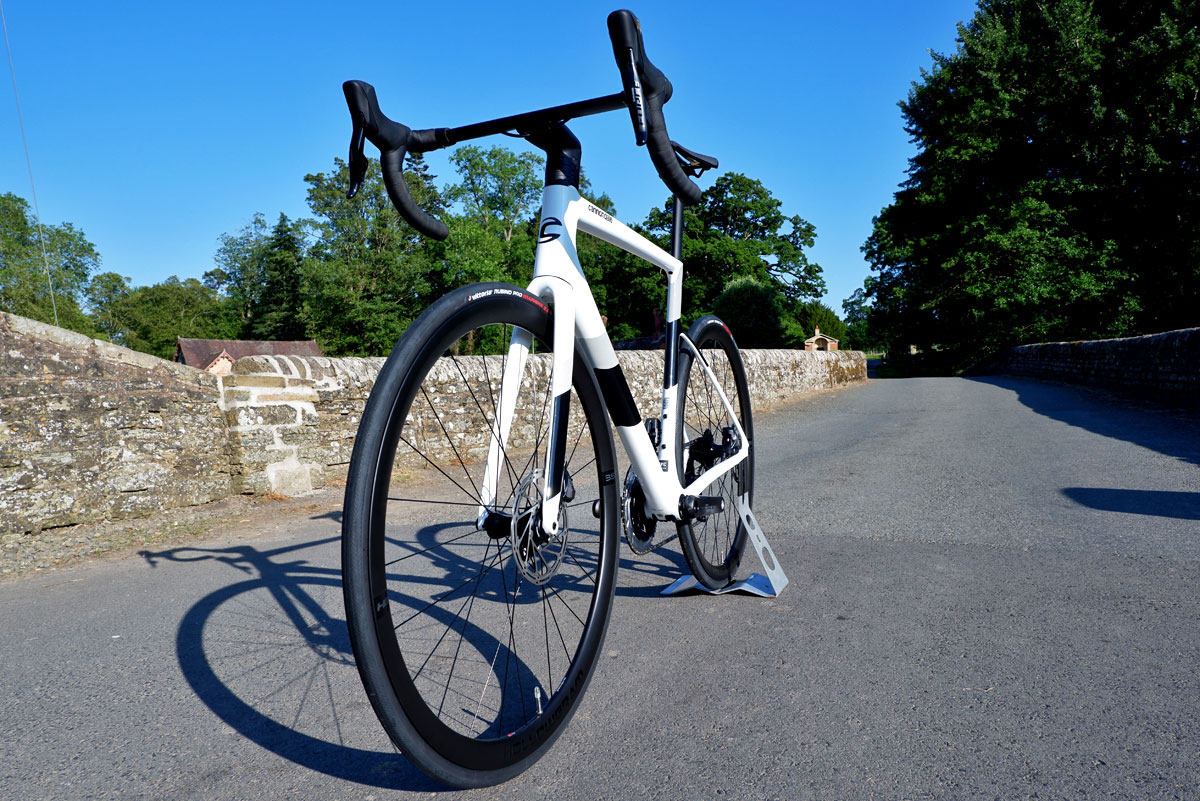 To completely overhaul an already outstanding and ultra successful bike is often a difficult feat, but Cannondale have done just that with the SuperSix Evo. Not only is this a new icon in the making, but it’s also leading the charge as Cannondale evolves its entire line-up into something truly brilliant. They have successfully improved the performance of every single bike in the range, and with it has come cool new beautiful looks.

The SuperSix Evo has instantly made it onto our list of all-time favourite bikes, but perhaps more importantly than that it’s also inspired us to get out and ride.

We’re not the only ones who love this bike though – read on for some more reviews of the brilliant new SuperSix Evo. 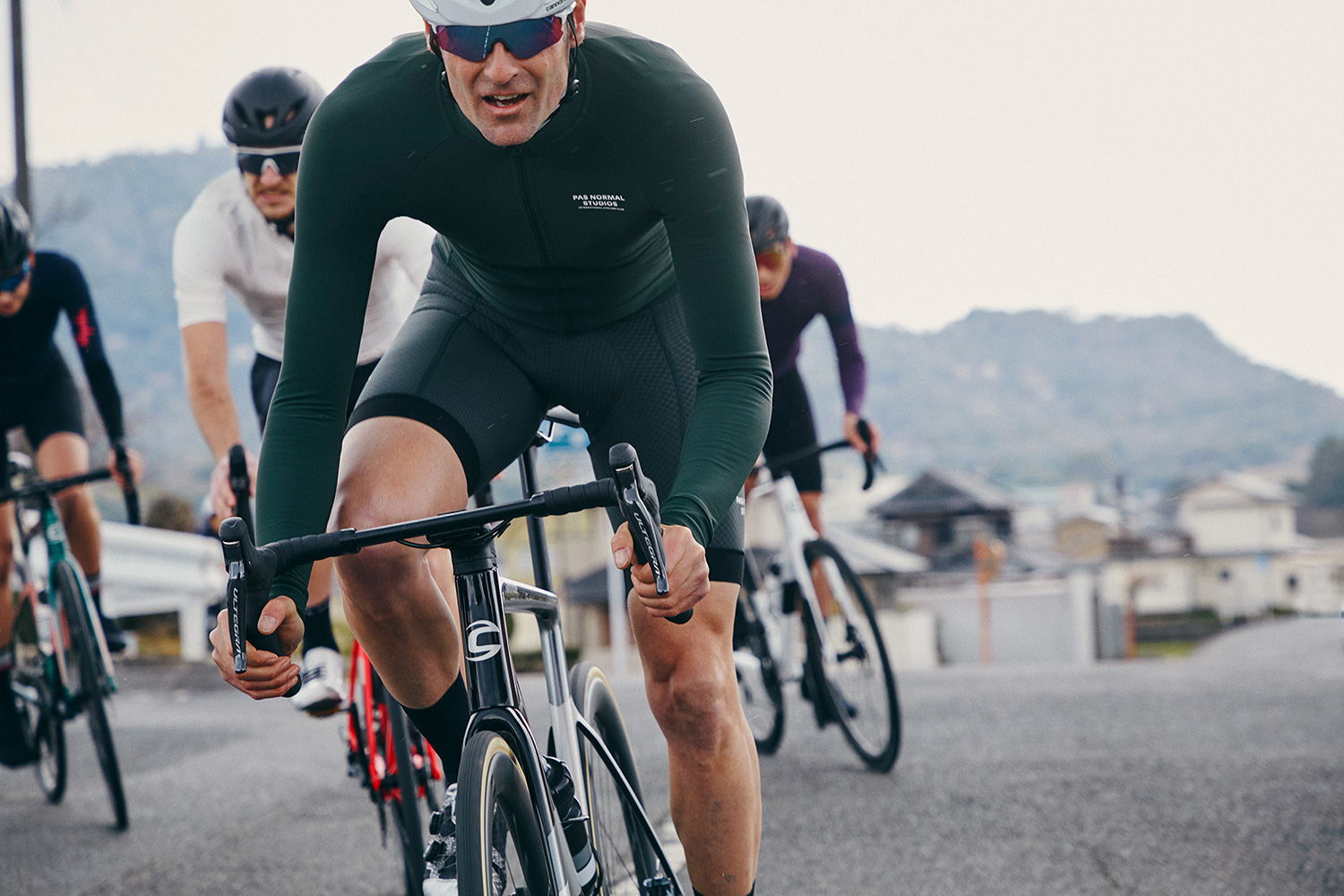 “It’s abundantly clear all the changes with the new Evo produce a bike that feels sharper and more precise than the old SuperSix Evo, yet it has a welcoming familiarity in its handling. Basically, it feels very similar to the old bike which is a good thing. But the facelift is more than skin deep, this bike is fast!

The original SuperSix Evo still rates as one of my all-time favourite road bikes. It had superb ride quality with impressive smoothness for a race bike, coupled to very good handling and the low weight and high stiffness you want when mashing the pedals like your life depends on it.

The new bike feels faster with more comfort and increased versatility, but not at the expense of the highly regarded handling.” 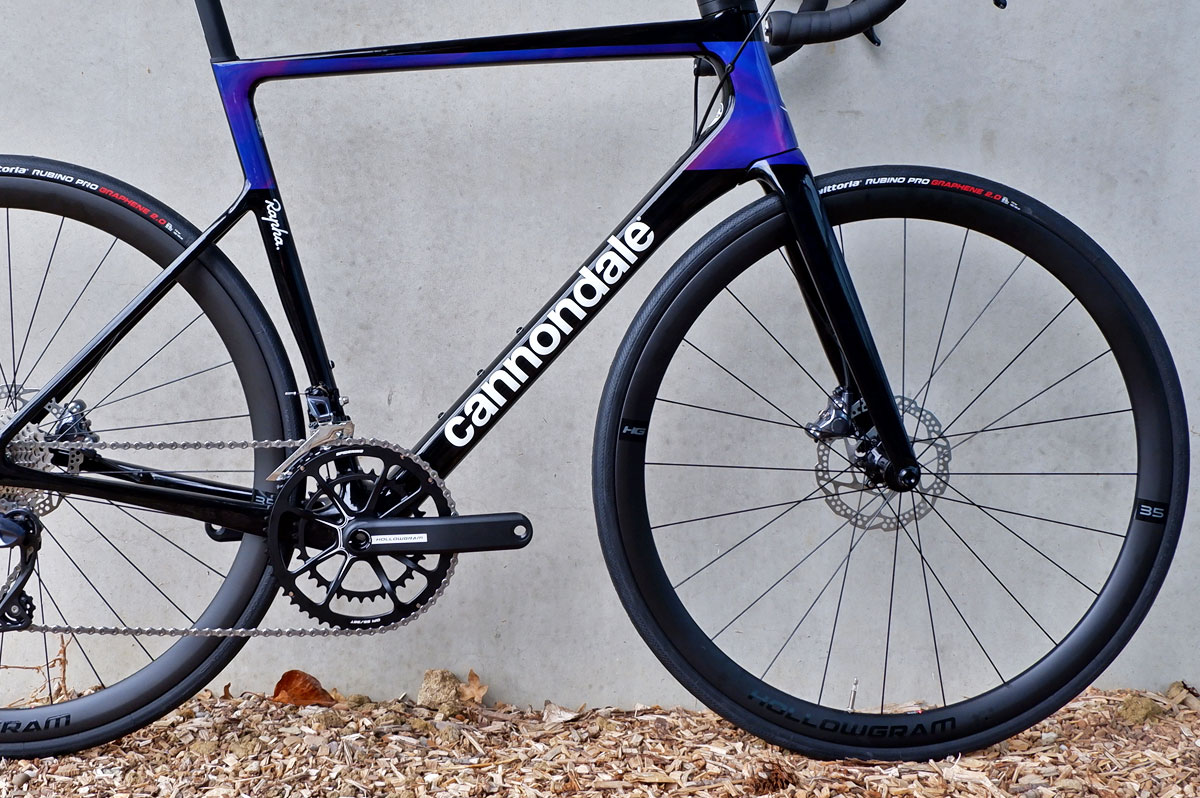 “The comfort of the new bike is noticeably improved. The old Evo was already very good in this regard, but the atrociously surfaced roads we ride, littered with wheel devouring cracks and holes, is a good test for the claimed improvement in compliance.

It climbs well too. We had a couple of steep climbs and one long grind to the hotel, with Ted King pushing the pace and us journos trying desperately to keep up. Out of the saddle, the bike transfers power with the sort of immediacy you want from a race bike. It’s stiff too, I can’t detect any flex at all.

More than that, we even get to ride dirt roads. On a race bike. We’re only riding 25mm wide tyres but despite the lack of volume, the new Evo does a stupendous job of providing a smooth and comfortable ride.” 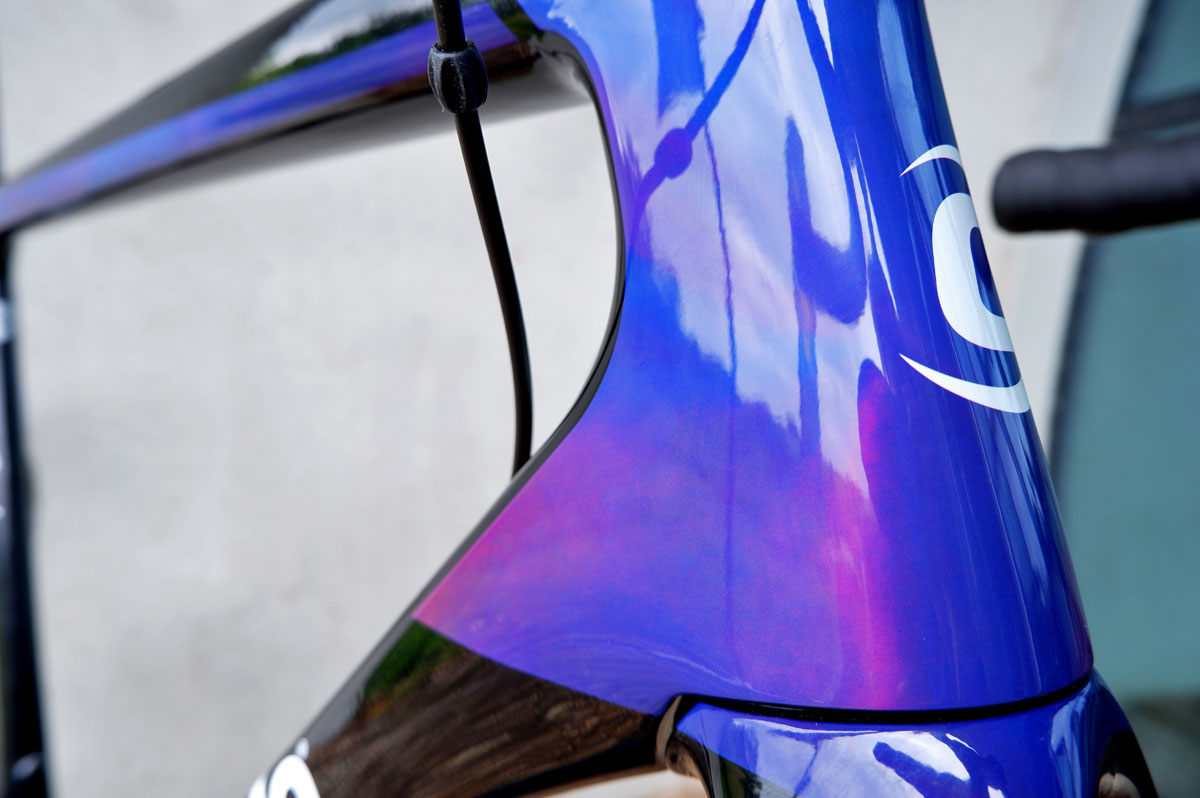 “It very soon became apparent the new SuperSix Evo felt just like an old friend, only quicker. There was an unmistakable familiarity about the way it rode, which immediately won my favour. This was lucky really, given the first few kilometres from the hotel were steeply downhill, with switchback turns, throwing man and machine straight in at the deep end.

The SuperSix Evo assuredly hit all its marks, though, with a stable and precise demeanour. Pressing on over some of the more rolling roads bisecting the stunning, intensely green landscape around Stowe and Waterbury, my pedalling inputs were met with a pleasing response. Speed came easily, it seemed.” 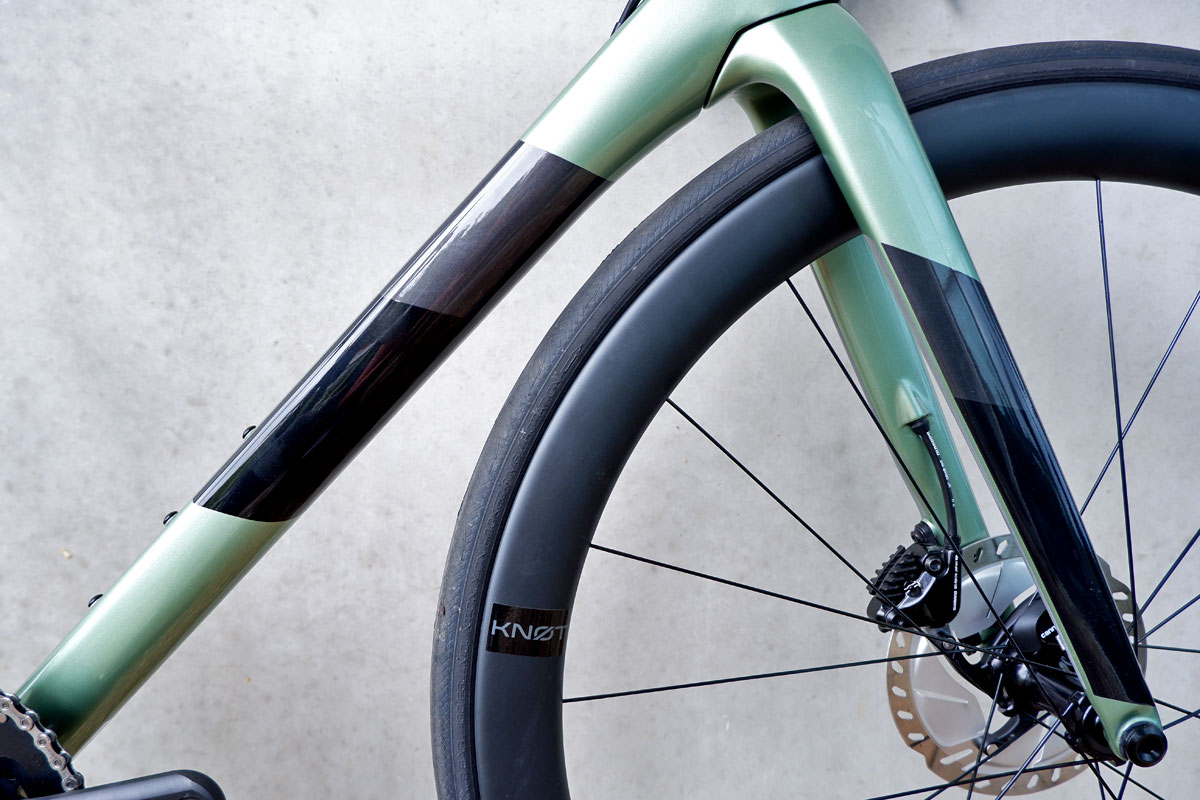 “First impressions then were very much positive. Cannondale has clearly not just developed the SuperSix Evo just for the sake of keeping up with the Joneses. It is, I can say with reasonable certainty, a faster bike than the outgoing model, and as it seems to have not gained much weight, or lost any of what the original SuperSix was heralded for, so what’s not to like?” 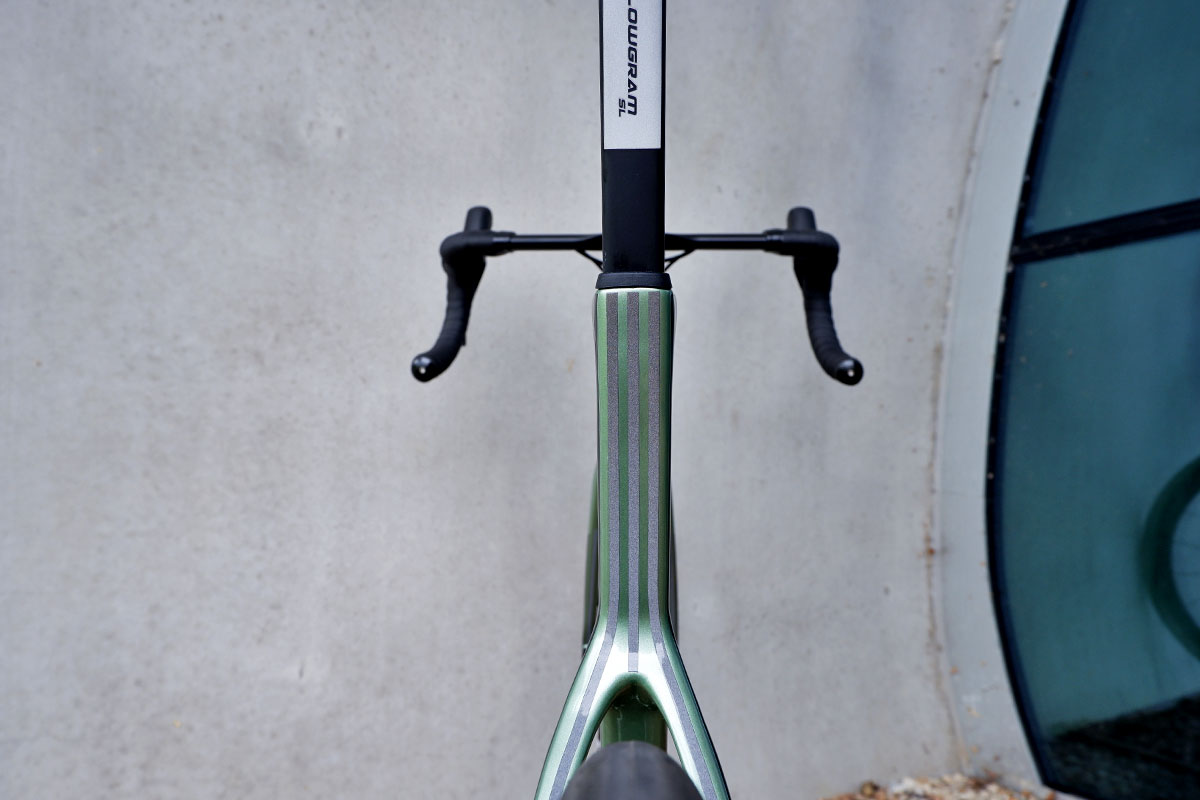 “The fact is: Both the shape and the design language of the new SuperSix EVO are very pleasing!

When setting off from a standstill, the new SuperSix EVO strikes with a stiff bottom bracket and nimble character. The Hollowgram 45 SL KNØT wheelset underlines the liveliness and provides sufficient stiffness for fast-paced sprints.

The Cannondale feels at home on straight high-speed sections and is great fun in wide high-speed corners, too. Excellent directional stability and low crosswind susceptibility make for a composed ride and inspire tons of confidence.

In terms of comfort, the clever mix of components of our test bike hits the nail on the head. With an inner width of 21 mm, the KNØT carbon rims harmonise extremely well with the 25 mm Vittoria Corsa tires and give them a beautiful U shape. Together with the compliant seatpost, the tire/wheel combo provides effective vibration damping.” 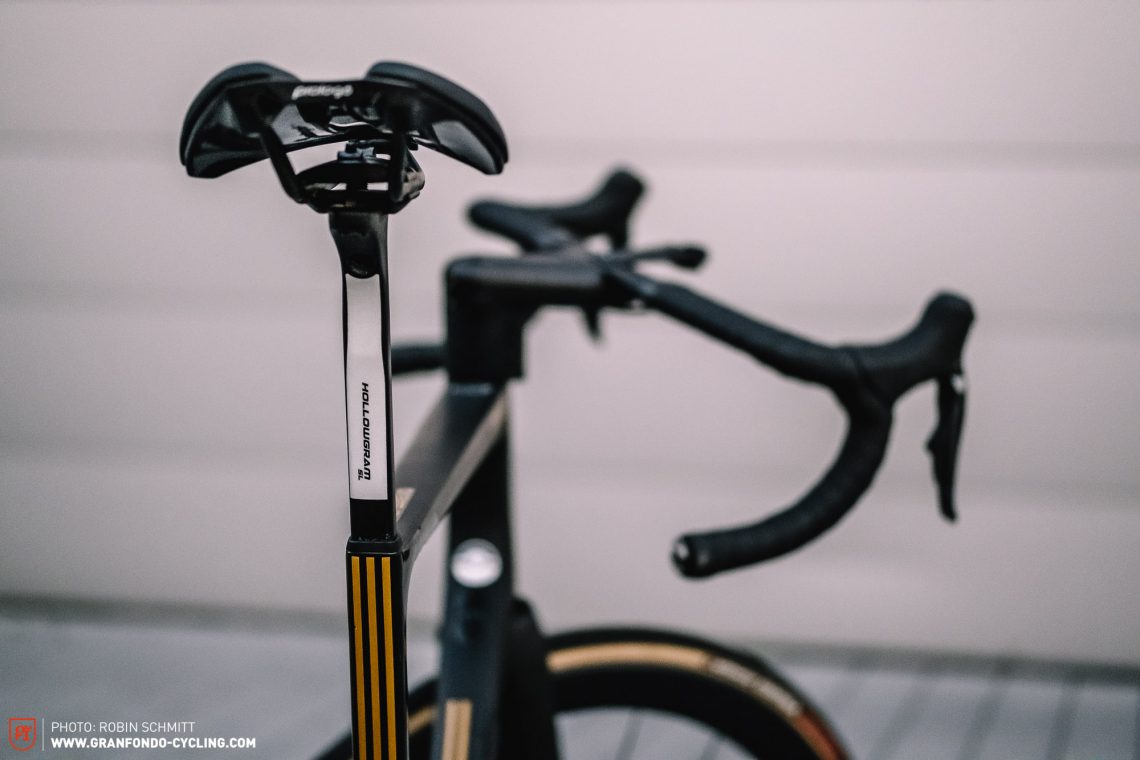 “With the SuperSix EVO, Cannondale has introduced an all-rounder racer that shows its best side when riding at high speed. Here the bike shines with its composed character and low crosswind susceptibility…If you’re looking for an aerodynamically efficient all-rounder, Cannondale’s iconic racer is a very exciting, stylish option.” 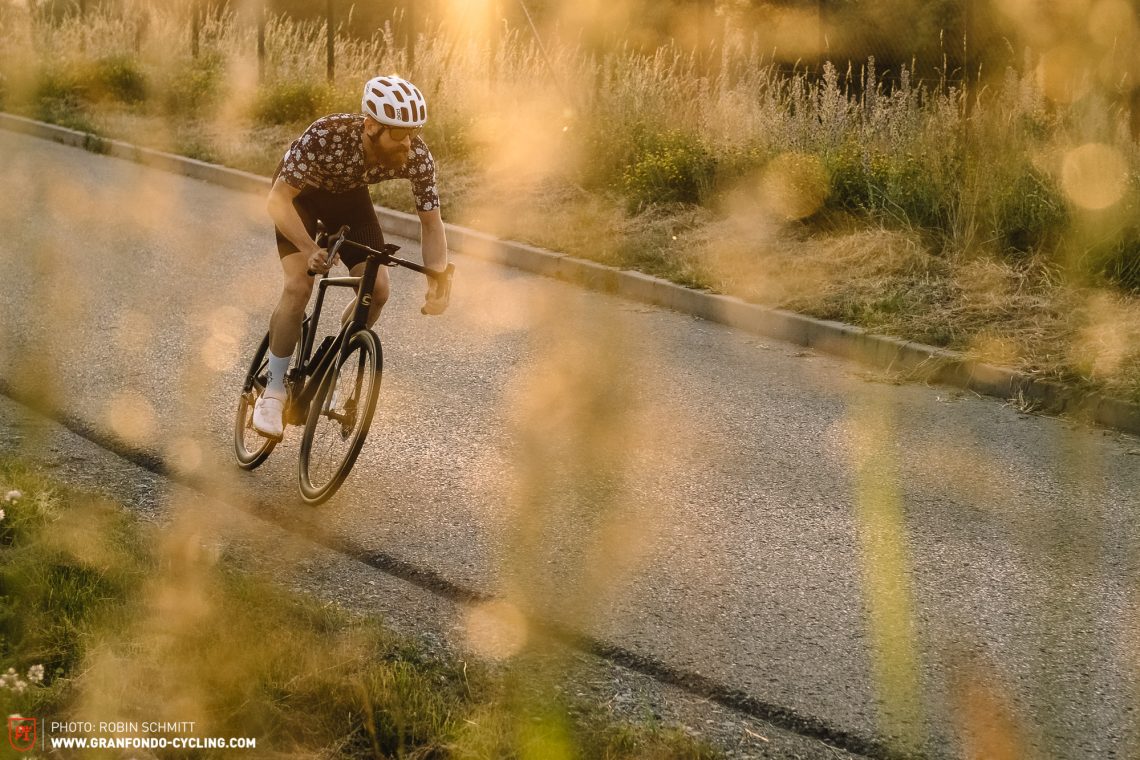 “On my first ride out, which consisted of a short spin uphill and then a long two-mile-plus twisting descent, the new EVO felt, well, familiar straight away.

After the first, wide open, sweeping turn on the descent, I was huddled down into the drops and spinning hard to get up to a decent speed. The succession of switchback turns and proper hairpins were attacked with ease.

I immediately found the balance point, with the new EVO allowing me to hit the right lines and keep accelerating, only relying on the excellent Shimano brakes to regulate speed rather than braking hard.” 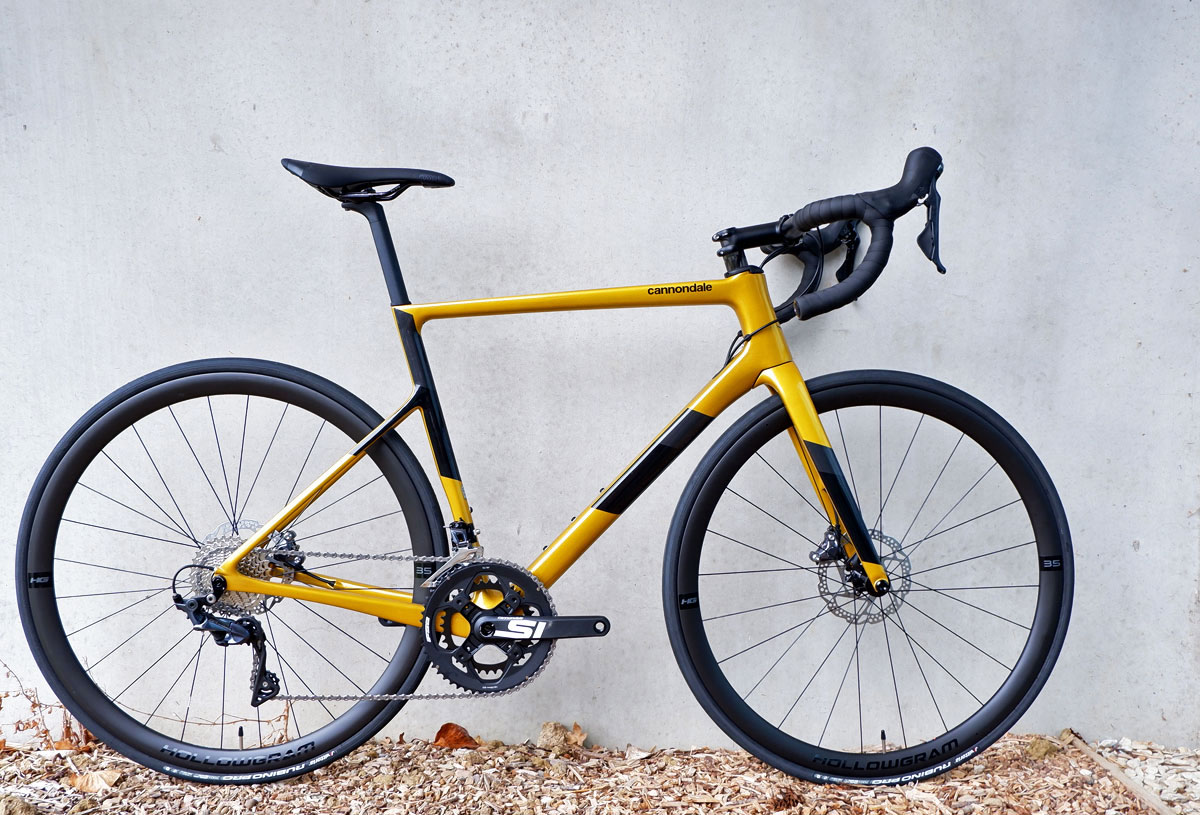 “The next section of our 40-mile test ride was a fast blast on a rolling road, and here the EVO felt particularly impressive.

It holds onto speed well and, despite the road surfaces on the Vermont test roads varying from smooth to deeply frost scarred, potholed, and rutted the EVO proved itself to be a smooth riding companion.

Up front, the clever System SAVE bar muted road buzz and vibration, and at the back, the new slimline SAVE carbon post matched the front for smooth compliance without feeling saggy or overly flexy.

As the rain poured we had a 10-mile stretch of rolling road to get to our pre-destined, mid-ride coffee stop, so it was full on chaingang time, taking pulls on the front and rotating to drive the pace.

With a close to 30mph average along a gently undulating road, the EVO felt superb — it’s more akin to a little brother of the aero titan SystemSix than the flighty, lightweight EVOs before.

I have to admit to being quite taken with the new EVO’s dual personality – a light all-rounder and fast blast, speed machine.” 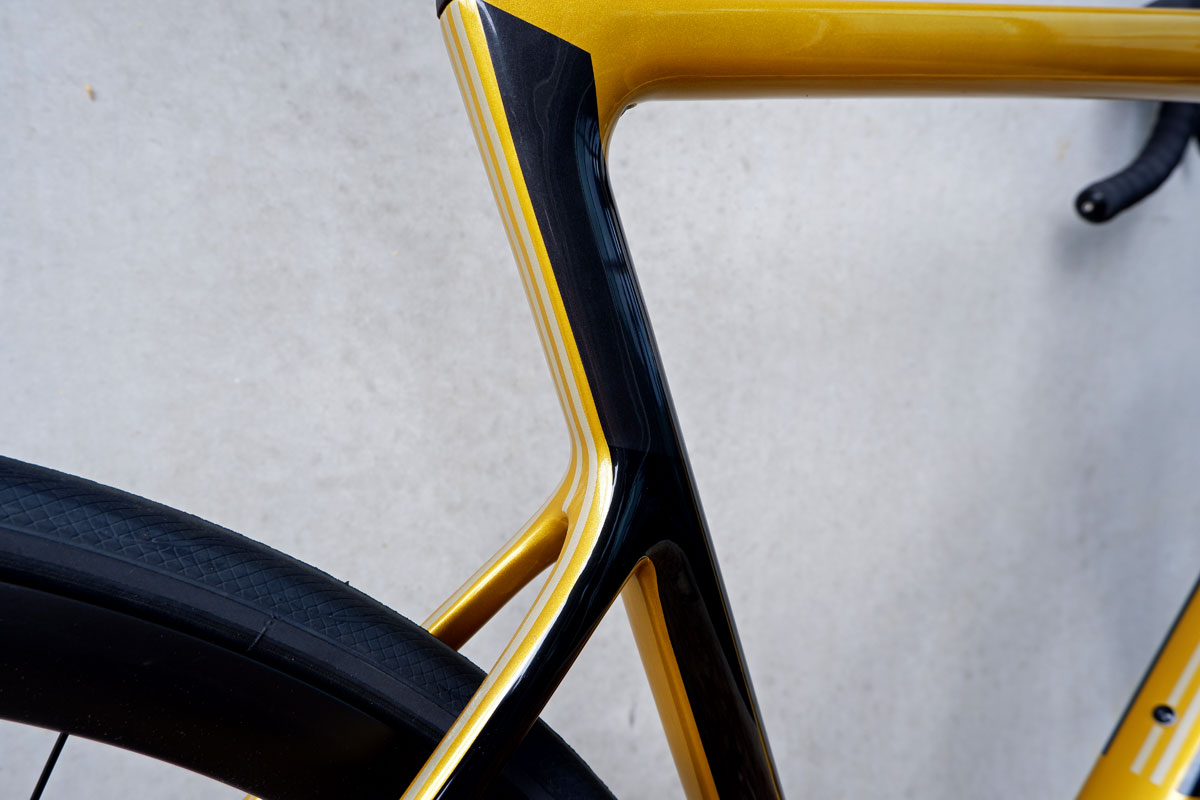 “Without wanting to prolong the agony of finding out if the heir to the throne is as good as the incumbent version, the good news is the new SuperSix EVO is good. In fact it’s better than good, it’s breathtakingly good.

We would even go as far as saying that Cannondale has far exceeded expectations. Creating a machine that manages to effortlessly combine razor-sharp handling with a lightening quick power response and all wrapped up in a level of comfort that is nothing short of sublime.

Fans of the SuperSix EVO rejoice, the EVO is reborn and this time it’s even better.”

For full information on the 2020 Cannondale SuperSix Evo, and for more detail of the individual models:   >> range details