The all-new Occam is an outstanding example of a contemporary trail bike, with 140mm of travel, 29-inch wheels, and angles that would have been common in the enduro market just a few short years ago. Embracing the trend towards bikes that are more and more capable, while retaining a more lively and efficient character than a full-blown enduro rig.

The all-new Occam frame is simply stunning and has been greeted with critical acclaim from reviewers and bike testers alike – both for its trail conquering performance and its sheer good looks! Read on for a sample of the recent reviews of the awesome new Orbea Occam. 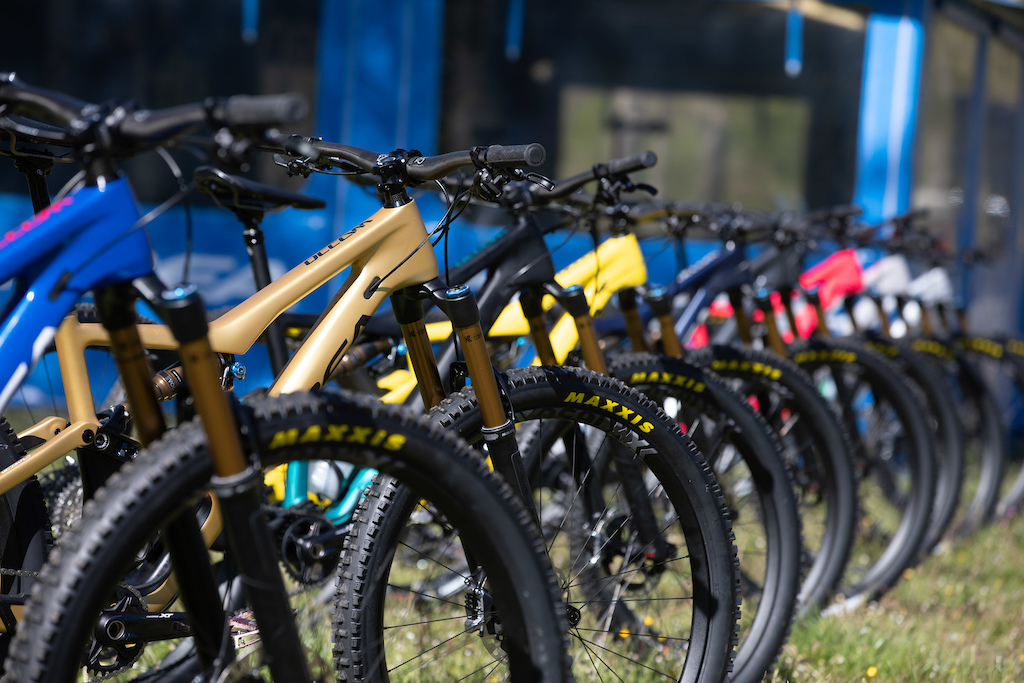 “…the new Occam is a fantastic climber. Even when grinding up long and silly steep sections the front end stay solidly planted, with the rear wheel digging into the ground formidably. Also, while I am usually slightly annoyed by the slower acceleration of 29ers compared to 27.5” wheels, the forward drive of the Occam was impressive.

I started out with the stock 0.2″ volume spacer in the rear shock and opted for the bigger version after a few runs for some added progression in order to keep the shock from bottoming out on hard landings after jumps or medium-sized drops. Overall, that setting created a very balanced feel in most situations, and the more time I spent in the saddle, the more dialed the suspension seemed to feel, even remaining composed in rougher rock garden sections. Of course, you could occasionally bring the suspension to its 140mm-travel limits, but it was interesting to see how far you could push the mid-travel bike even in enduro-esque situations. Also, thanks to the low bottom bracket and stack height, the Occam sliced through turns with a mission.

“Grabbing the water bottle from the left side turned out less of a problem than I first thought might be the case. Orbea is building its own dropper posts and first impressions showed a smooth, stiction-free and solid function. On a personal note, you just gotta love the custom color options. A designer’s dream, to run the craziest or most subtle color schemes you can think of and adding a unique touch to your ride.

Throwing around with that much praise makes me question my objectivity, but I really can’t think of anything that really bugged me on the new Occam…What remains is the fact that I think I fell a bit in love with a mid-travel 29er, something that I would never in my life have thought I’d one day say.”

“On the trail this new Occam has impressed us right from the start. Moving out it’s super efficient, very snappy on the pedals, and the 77degree seat tube really puts you in a good position over the pedals. Never exposing you to that dreaded ‘off the back’ feeling as you are going up steep climbs.

The increased anti-squat works really well. We still have enough traction to make it up technical climbs, but the bike never feels sluggish.  Over two days of riding, taking in some pretty severe climbs, we have never once reached for the lock out lever on the shock.

We never really felt like we had to hold back before we would charge into sections even though we didn’t know any of the trails.

Definitely want to take my hat off to the guys at Orbea. They have done a pretty sweet job of designing and speccing out this bike.” 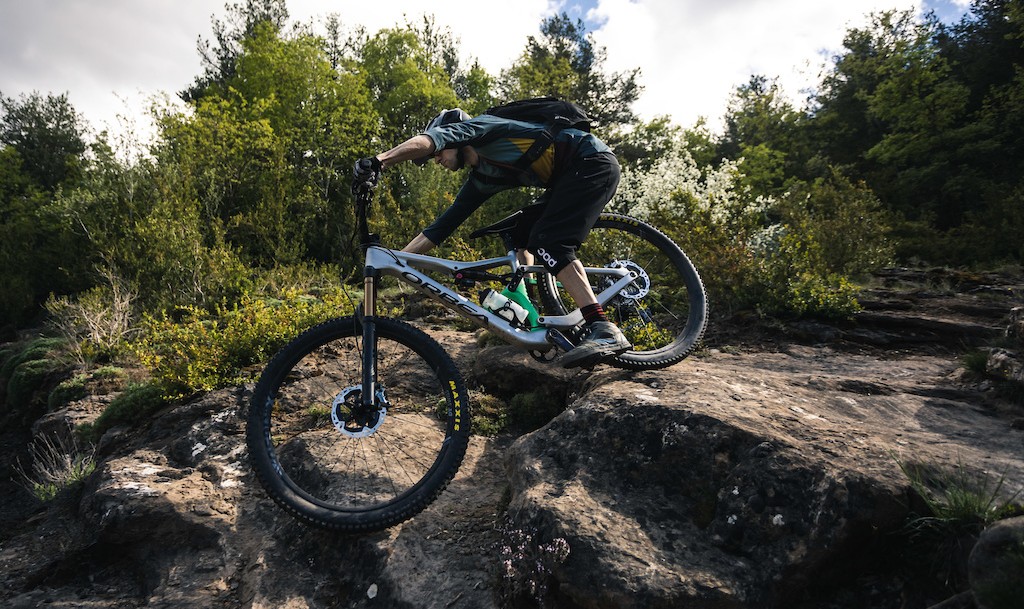 “The bike’s shape certainly seems to lend itself to letting go of the brakes and building up speed. The 474mm reach was pretty much spot on for me, feeling neither barge-like nor too small.

While the head angle isn’t super slack, for a trail bike I feel the 65.5 degree angle is nicely balanced between stability and calm handling, and agility through tighter, more technical trails.

The bike has a nice poise about it, with the top-end suspension, progressive shape and grippy tyres combining to give a very real sense of security.

The increased anti-squat figures over the previous generation add to this peppy feel, beneficial both on flatter, more pedally tracks, where it feels like your pedal strokes really do make the bike faster, but also on climbs. Here, the steep-ish seat angle and stable suspension combine to give a very competent climbing performance.”

“Climbing on the new Orbea Occam is a comfortable experience, thanks largely to its steep 77° seat angle. The bike accelerates well and does not suffer from any noticeable pedal bob. When putting the power down on steep climbs and up rocky steps, the Occam M10 feels like it wants to push forward, with anti-squat of the suspension meaning it extends under pedalling load. This trait gives the Occam a lively feeling on the trail and combined with its long chainstays, ensures that both wheels stay nicely weighted up even the steepest inclines.

The new Occam’s suspension performs well across the board. Despite not being as supple off the top as a full-on enduro rig, it does have good levels of support and feedback and contributes nicely to the Occam’s lively attitude. The bike loves to pop up and over rocks and roots and feels nimble both in the air and on the ground. The 29-inch wheels carry speed well and compliment the Occam’s overall ride feel.” 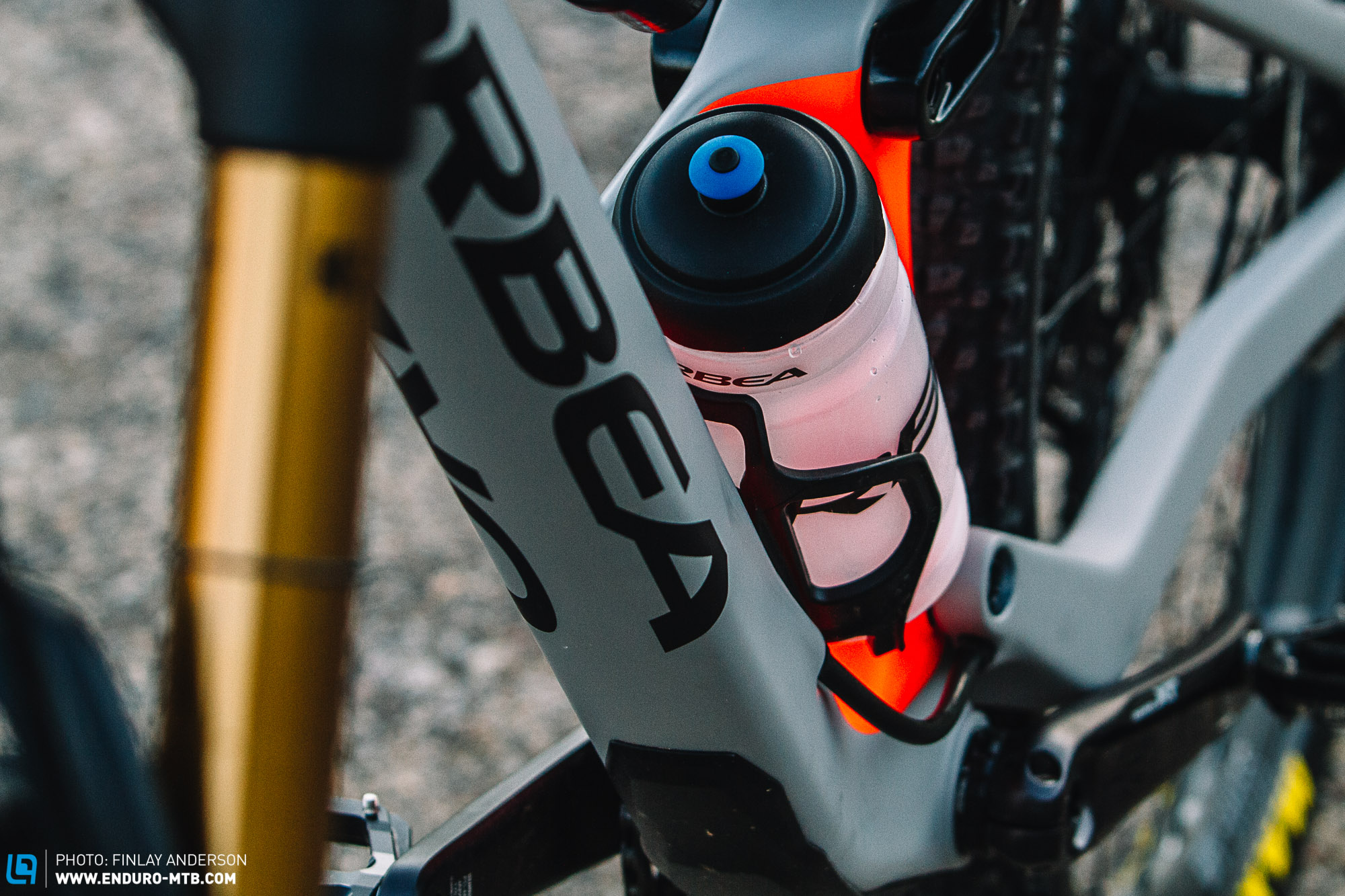 “The svelt Occam felt like a nimble, enduro-ready machine on the rocky Pyrenees tracks. Well balanced reach and chainstay measurements give the bike the confidence inspiring stance I needed for the demanding trails we rode. Several of the first day’s descents included hairpin switchbacks, and the 4-piston XT brakes and 180mm front rotor made the mandatory nose press turns possible. Despite the smoother spots that our photographer found, most of the trails around Nocito are of the slower technical variety, where a properly balanced bike can make the difference between flow and dabs. The Occam is a fantastic whip for “creating flow.”

The terrain shifted along the way, from slow-tech to the ripping fast EWS tracks above Ainsa. The bike was well prepared for the faster rocky trails, handling similar to most longer travel enduro bikes that are not as fun to climb on as this trail machine. I added a couple clicks of compression to the fork to keep the front end high in its travel, as I would with any bike on these trails, and had a blast throwing myself between the trees. Orbea’s engineers tested over fifty shock tunes to find the ideal setup for the bike, and I’d say they nailed it. The Occam’s 140mm of rear suspension proved plenty squishy in the rough stuff.” 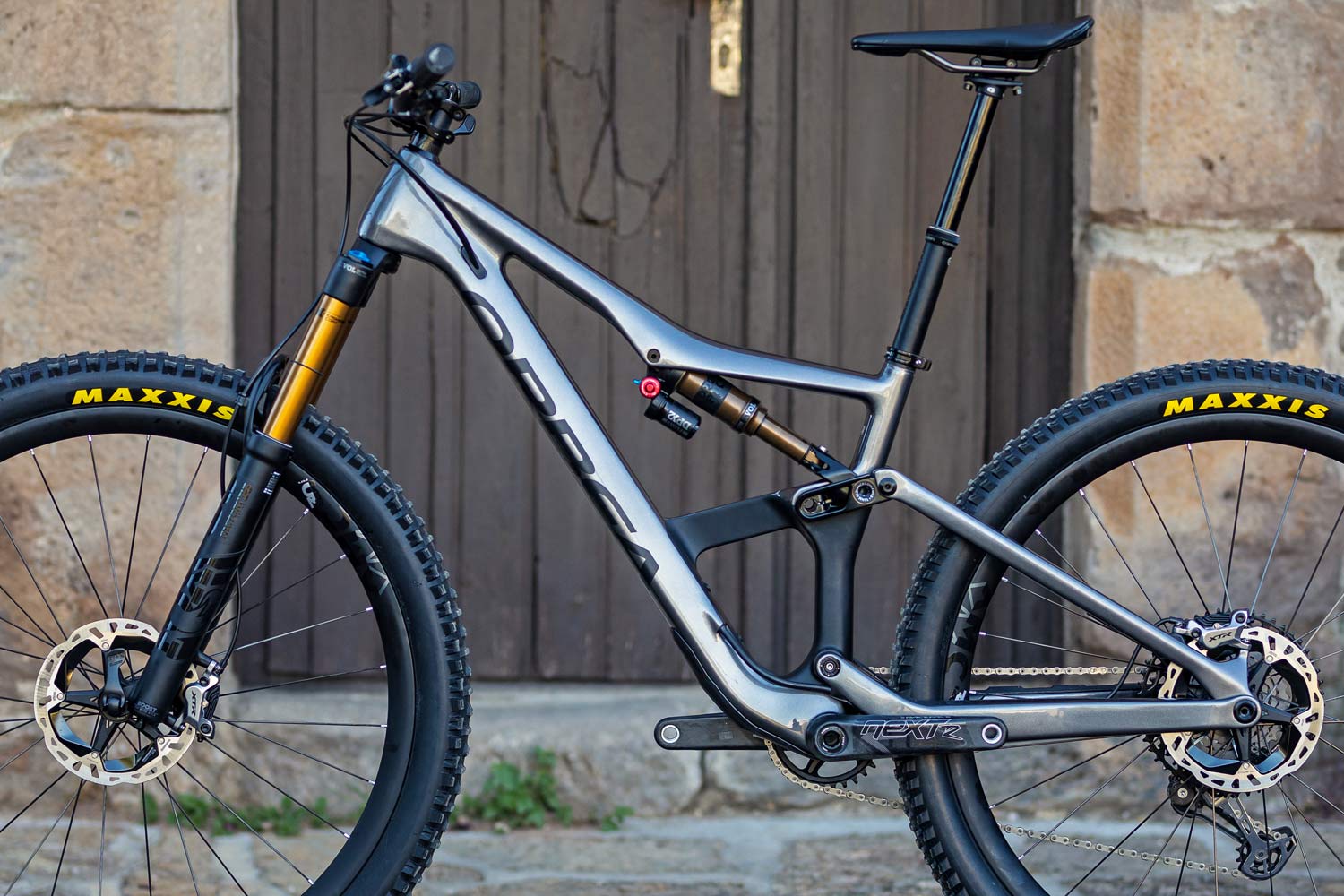 “Based on these two days on the Occam, I would confidently recommend the bike to a friend who is searching for one whip that they can enjoy on any trail. Apart from racing XC or downhill, it just might kill the proverbial quiver.”

For full information on the 2020 Orbea Occam, and for more detail of the individual models:   >> range details