Tubeless road or all-road tyres have come along way in the last couple of years, and Mavic have been at the forefront of developments with their wheel-tyre systems that ensure a perfect match between tyre and wheel rim. Making air loss a non-issue, while also making sure that installation is straightforward as they don’t have to err on the side of too-tight-to-get-them-on under sizing of tyre beads in order to guard against leakage. Both the tyres and wheels perform beautifully with other brands, and we have paired them up with other models with no issues. It’s simply that because Mavic design them together the tyres are easier to fit.

These Mavic Allroad 30mm tyres came with the wheels on my Kinesis Gran Fondo Ti about 18 months back, and it was my original intention to give them a try, with the expectation that I would swap them for my favourite tubeless tyres once I felt the need for improved performance or when they wore out.

15 months later…and they aren’t going anywhere. Well, to be fair I have just replaced the rear as I have finally worn through the grippy tread layers and have exposed the underlying structural layers. But I’ve replaced it with exactly same model, because the fact is that they have been outstanding in every respect.

The roads in the Welsh Marches are great to ride – the scenery is lovely, traffic volumes are low, and the variety of gradients and terrain is huge. What isn’t so great is the quality of road surfaces, which isn’t surprising given how few people drive on them use …enter the Mavic Allroad Elite tyre.

At 30mm this is the smaller of the two sizes offered by Mavic – the other being a 40mm, more heavily treaded version for those whose riding will tend more towards off-road or un-surfaced use. 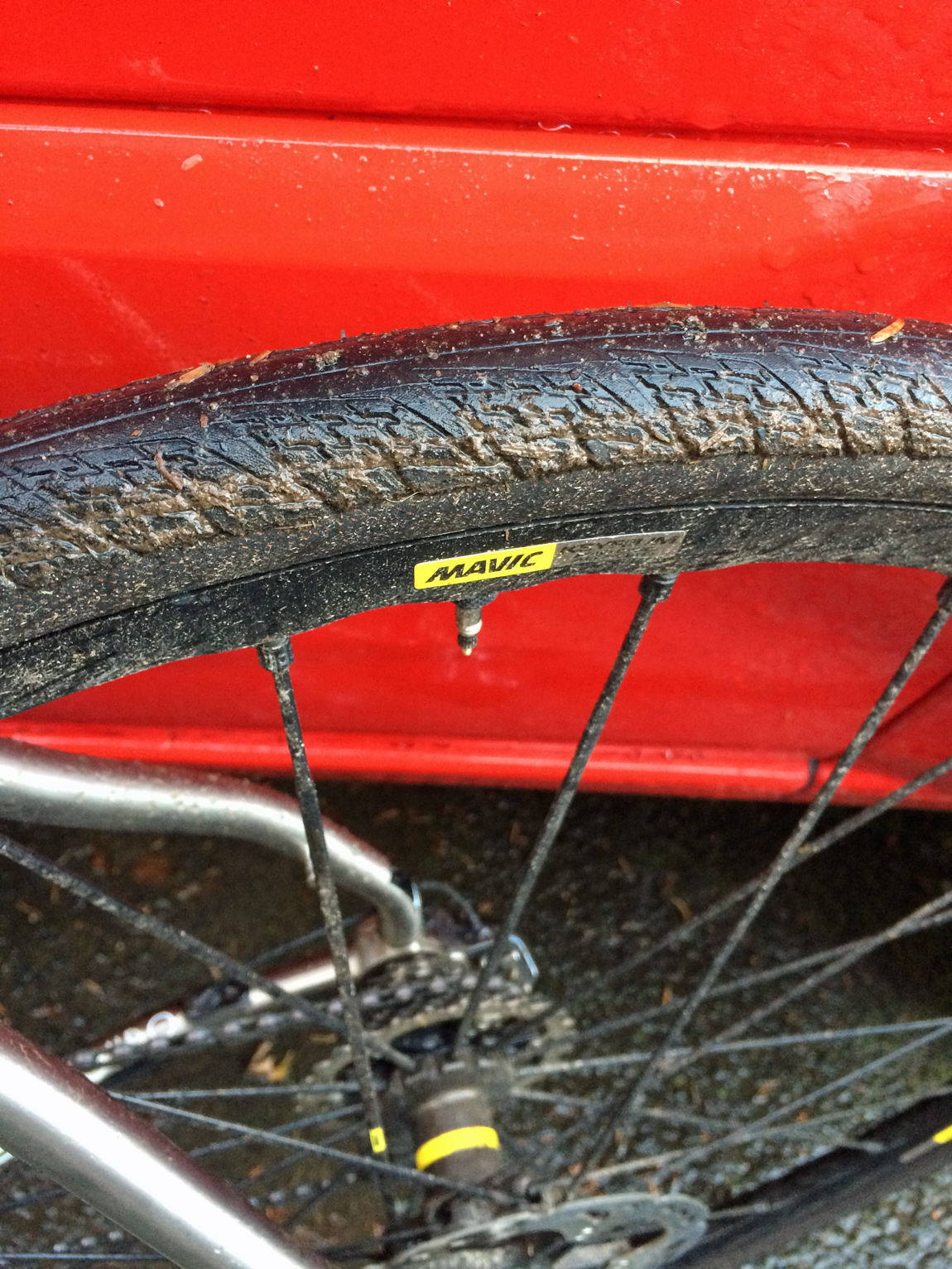 But I’ve not held back with this bike – it has been ridden hard for over a year, in all weathers, on all surfaces, including forest fire roads and dirt lanes. And these tyres have been outstanding – running them tubeless allows lower pressures, due to the close to zero risk of pinch flats. Making them grippy and super comfortable over all surfaces. They roll incredibly well – with a few more PSI in good weather where the ride has been more acceptably surfaces they simply fly along. But it is when you get off the beaten track where they really shine – opening up new back roads for riding at pace with no dramas. You just steam along as if the road is smooth. No need to pick a route through loose or rough stuff – just ride.

Then we come to flat tyres, or the lack of them. South Shropshire is blackthorn central. In previous years it has been a case of running super hard cased tyres, with poor ride quality and grip, and still accepting the occasional flat. Or avoiding the rougher, but often most interesting, back lanes. Especially in hedge trimming season.

Not any more. I’ve been hitting the worst lanes imaginable and have picked big thorns out of the tyres on around 10-12 occasions. The Allroads seem to puncture less readily than most, but they still allow a few of these monsters through. But it just doesn’t matter. The tyres seal pretty much instantly with undetectable pressure loss and off you go.

So no flats at all in 15 months of back lane exploration. Not from thorns. Not from flints. Not from potholes. All while riding anywhere I fancy.

Remarkable tyres, mounted to outstanding wheels, that make back lane riding a blast. If only my ride partners would cut across to tubeless, then I might have no unplanned roadside waits at all… 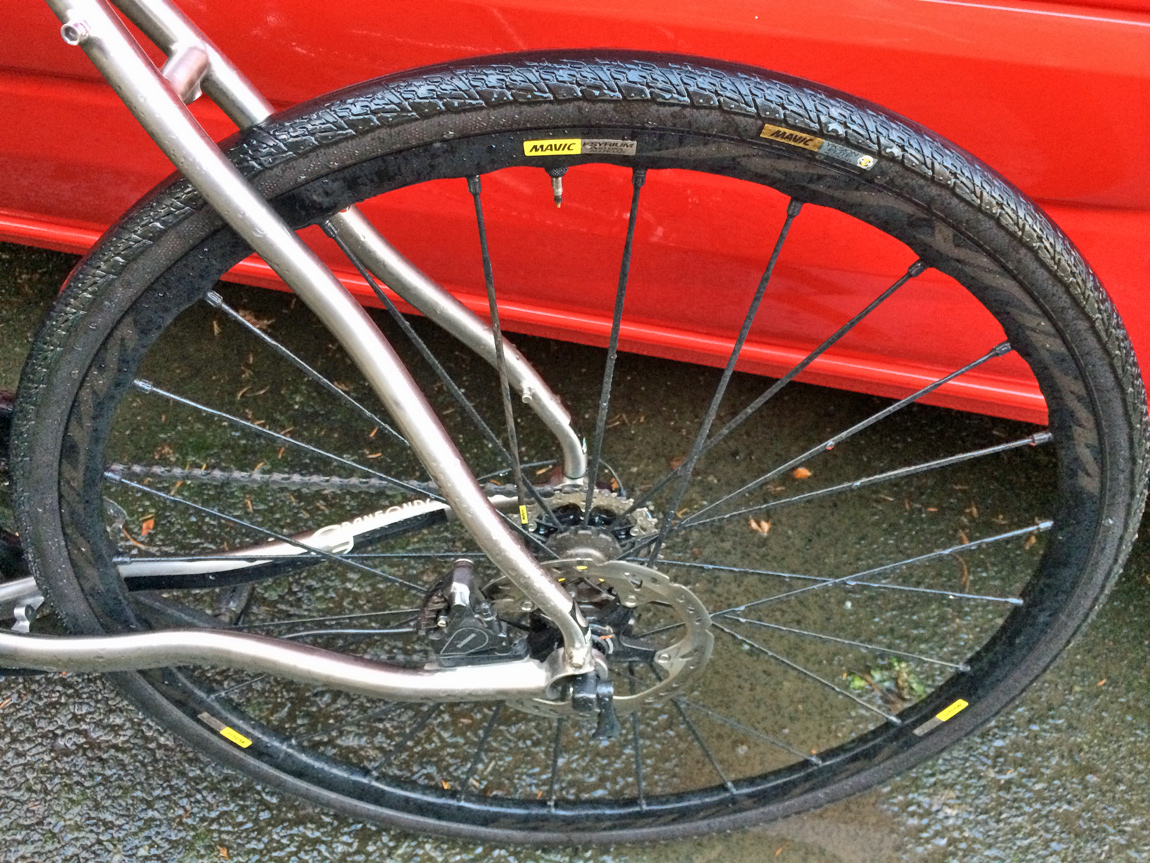