Inspired by the needs of ultra endurance races such as the Tour Divide, which traces the Rockies from Canada to the Mexican border, the Salsa Cutthroat was designed for the longest distance races over the widest possible spectrum of surfaces and gradients.  But to pigeon hole it as an adventure racing bike is to sell the Cutthroat short – the latest Cutthroat is not simply a drop-bar mountain bike, as it blends the frameset geometries of both MTB and gravel biking, and has been comprehensively updated to take advantage of the latest component development, and build on Salsa’s unrivaled experience to deliver even greater capability and versatility.  Which is remarkable when you consider that the original Cutthroat was in every sense of the word a winning bike already. 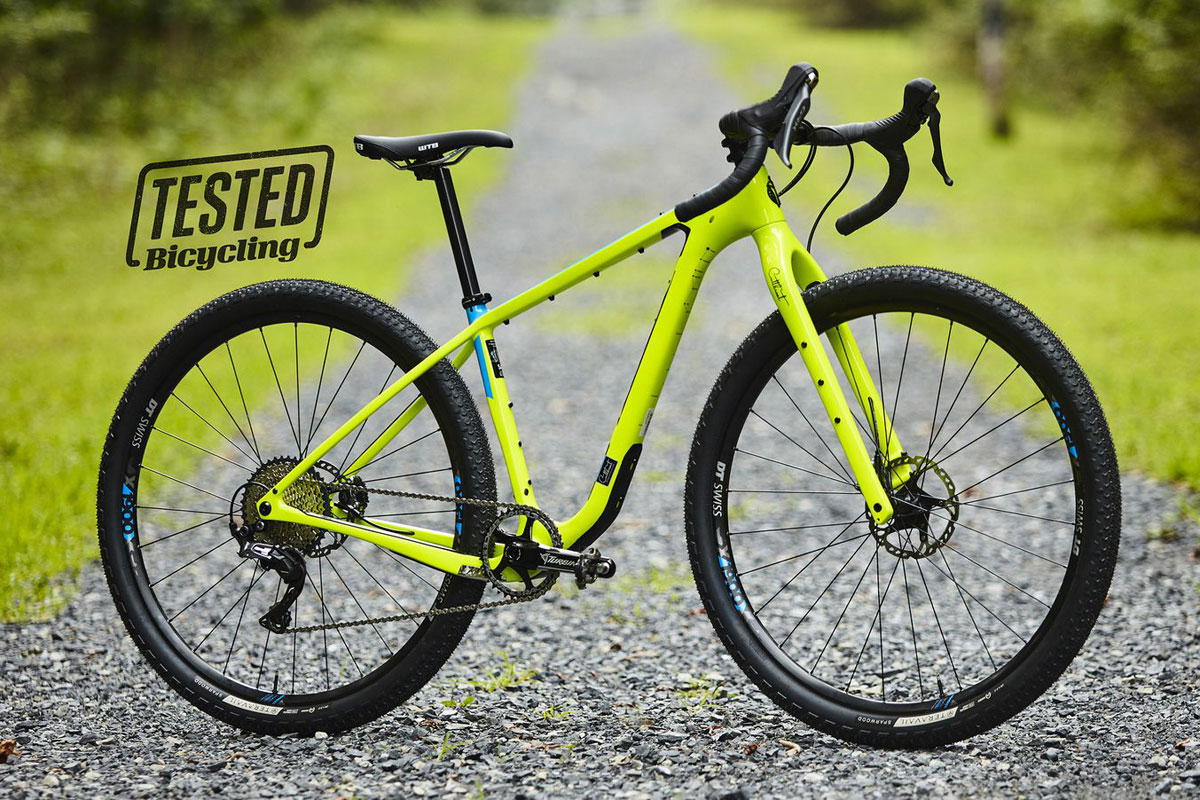 The redesigned Cutthroat drop-bar mountain bike and gravel frameset offers more stability and compliance in a package that’s equally at home bikepacking on remote doubletrack, taking the occasional singletrack shortcut, or conquering a gravel race. Build it into the all-day, mixed-surface bike you’ve always wanted. If aggressive gravel riding and/or fast, efficient bikepacking is your game, the new Cutthroat is the ideal playmate. Bicycling Magazine 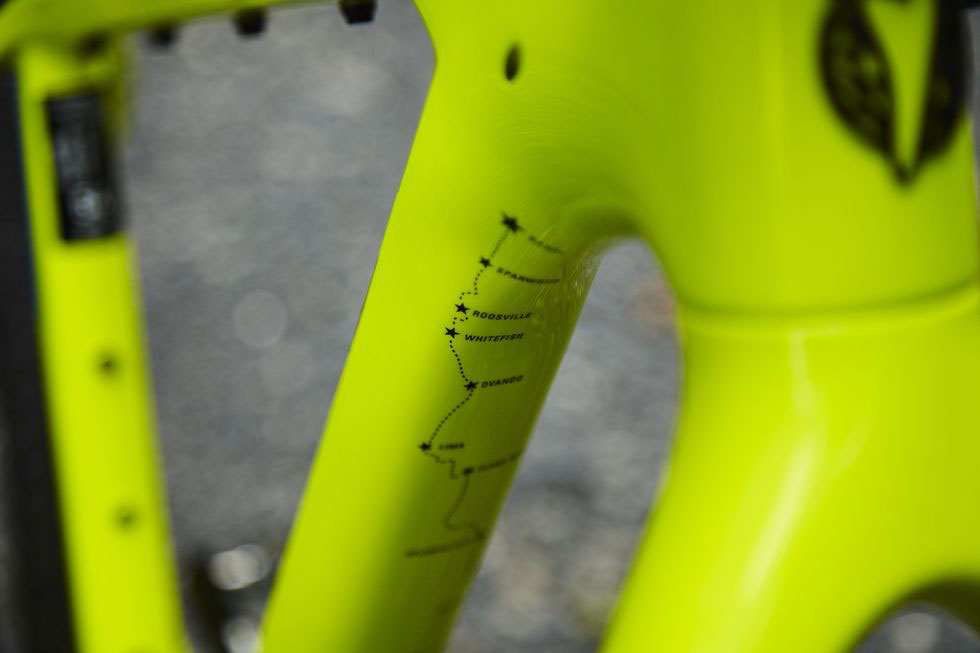 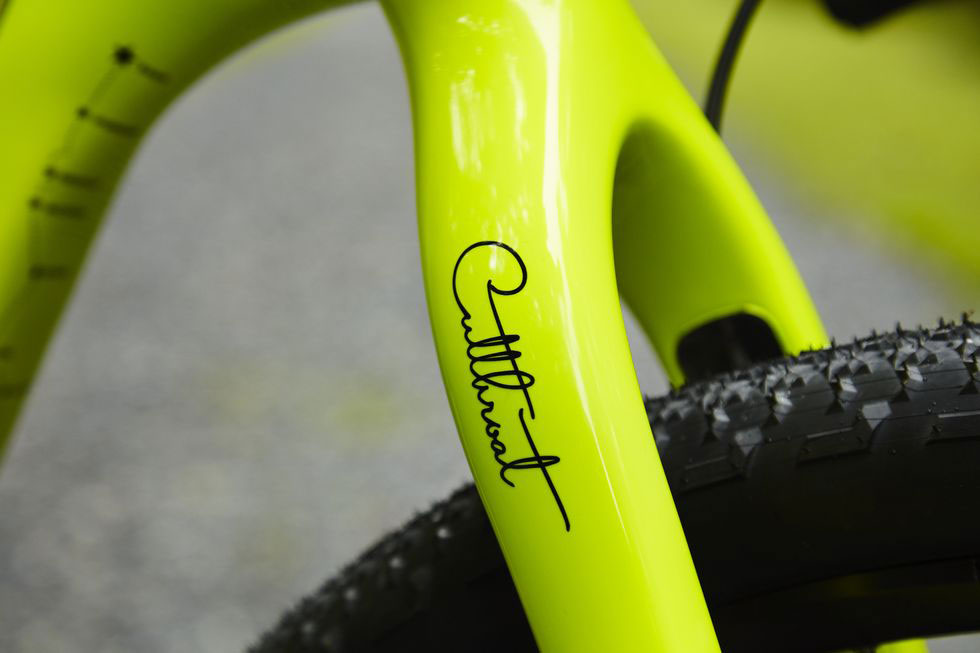 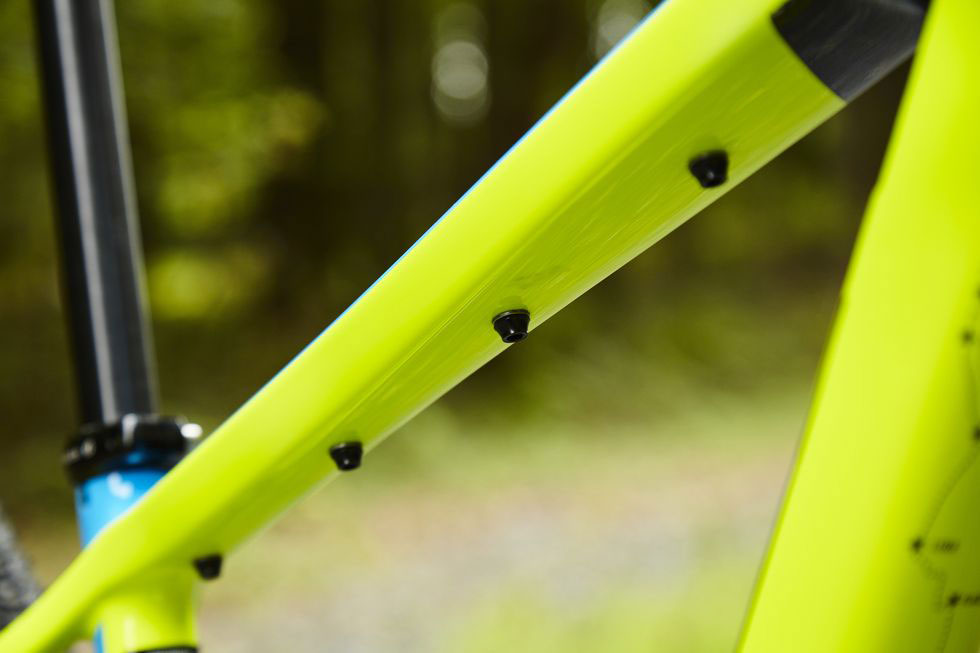 The Cutthroat offers more stability and compliance in a package that’s equally at home bikepacking on remote doubletrack, taking the occasional singletrack shortcut, or conquering a gravel race. And the staff at Epic Cycles can vouch personally for its brilliance in all of these scenarios!

The Cutthroat’s carbon frame and fork soak up road or trail chatter so you can stay in the saddle as long as you need to, whether your destination is around the next bend, over the next pass, or through the night. Cutthroat’s unique ride characteristics make it equal parts gravel and mountain bike, so it’s ready to ride wherever you point it. The Cutthroat’s unique drop-bar mountain bike geometry delivers a stable ride no matter what’s under your tyres – in essence, this is an ultra-endurance bike ready to take you farther than you ever thought you could go. 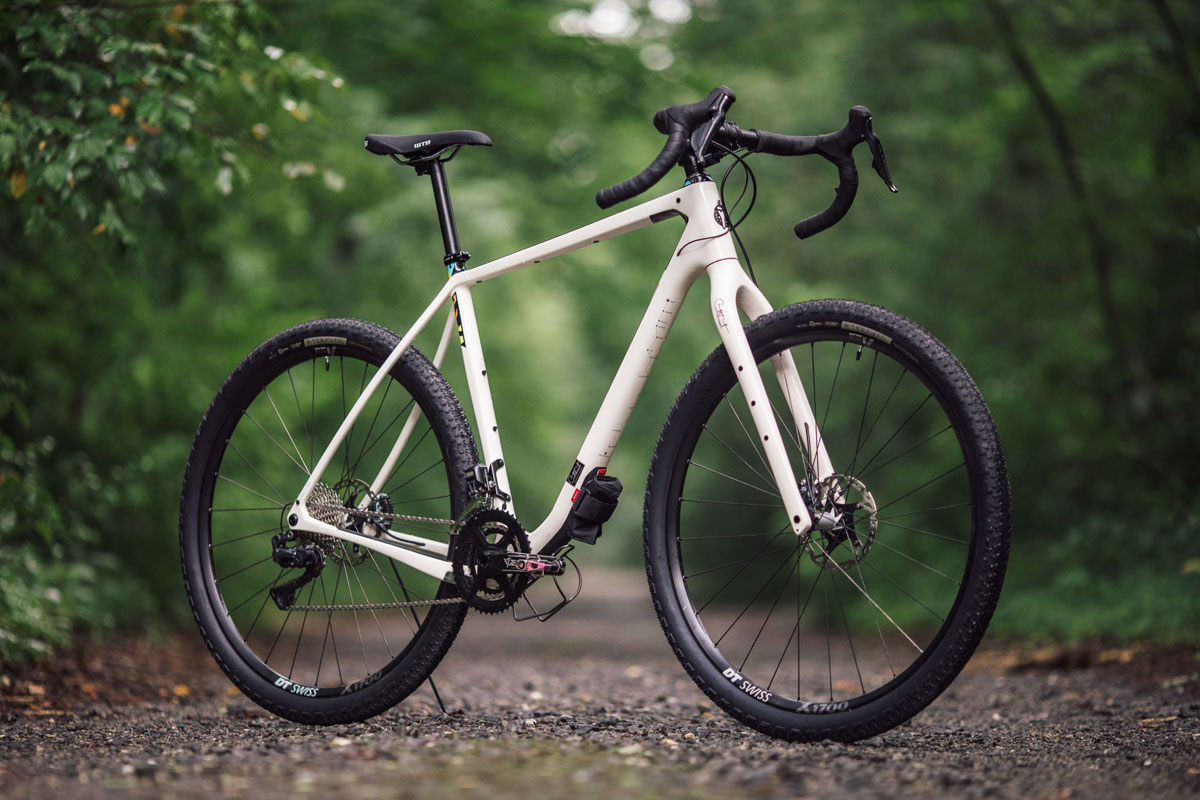 Salsa dramatically improved the aesthetics of the Cutthroat. It’s a really handsome bike with sleeker lines than those on v1. And you can clearly see that the cargo capability has improved with the latest version, too. It has a bigger frame triangle and all the mounting points you could hope for—in all the right places.  What you can’t see is how this bike performs in comparison to its predecessor, a bike many folks might have thought was already perfect. Considering I rode the v1 Cutthroat three years ago, it’s challenging to pit one against the other on the ride alone, but I’m happy to report my love for the Cutthroat platform was once again rekindled. It’s truly the most comfortable and stable drop-bar bike I’ve ridden to date, and it still feels fast. Bikepacking.com 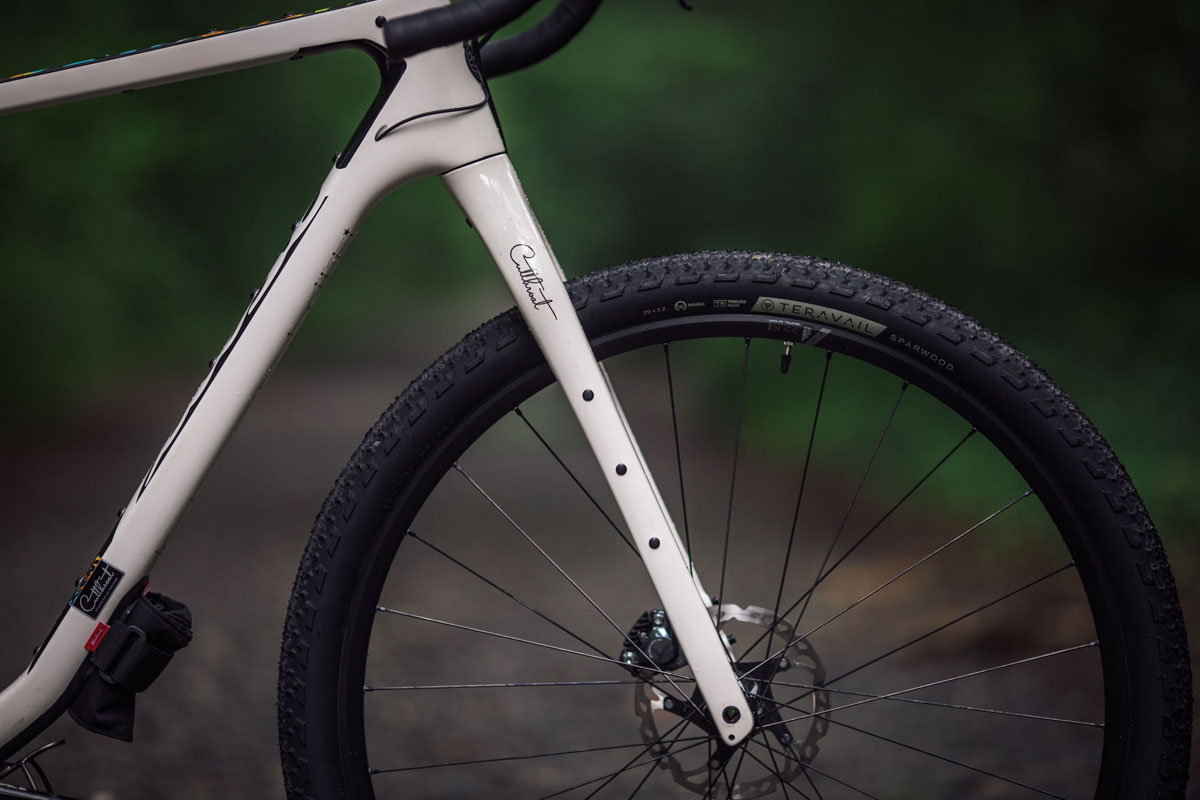 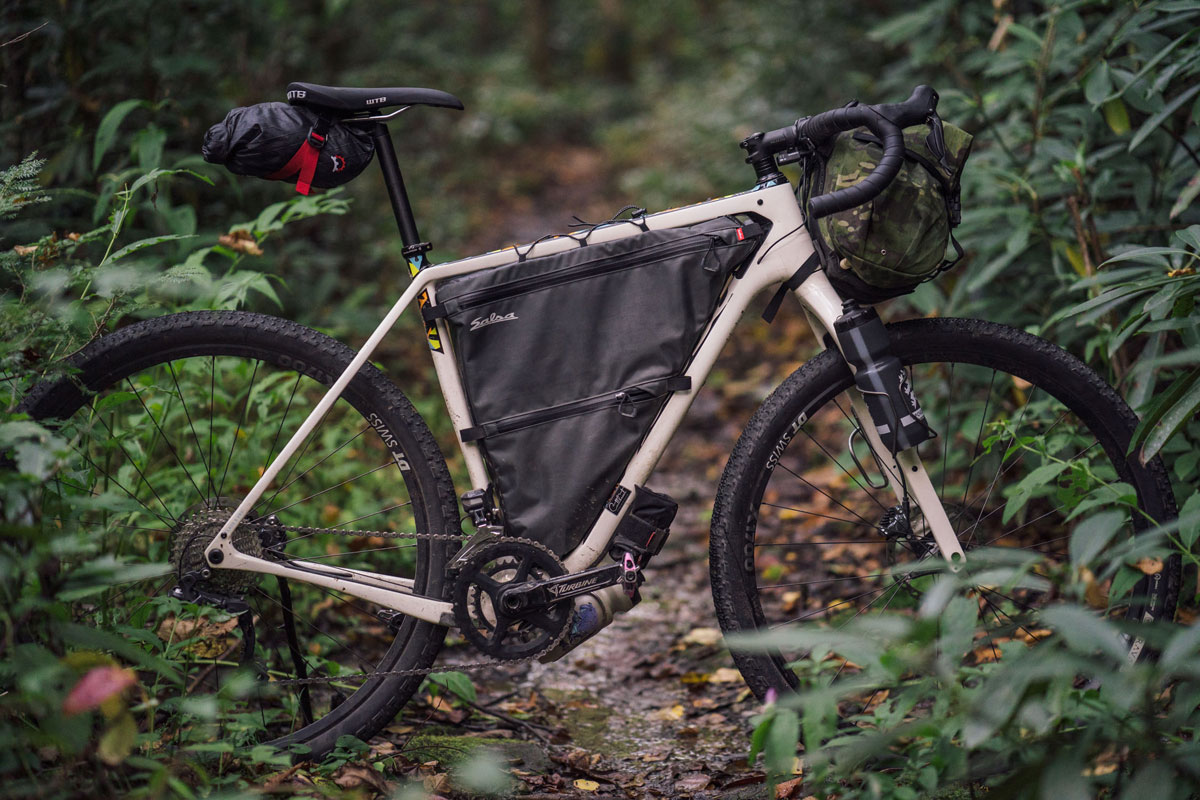 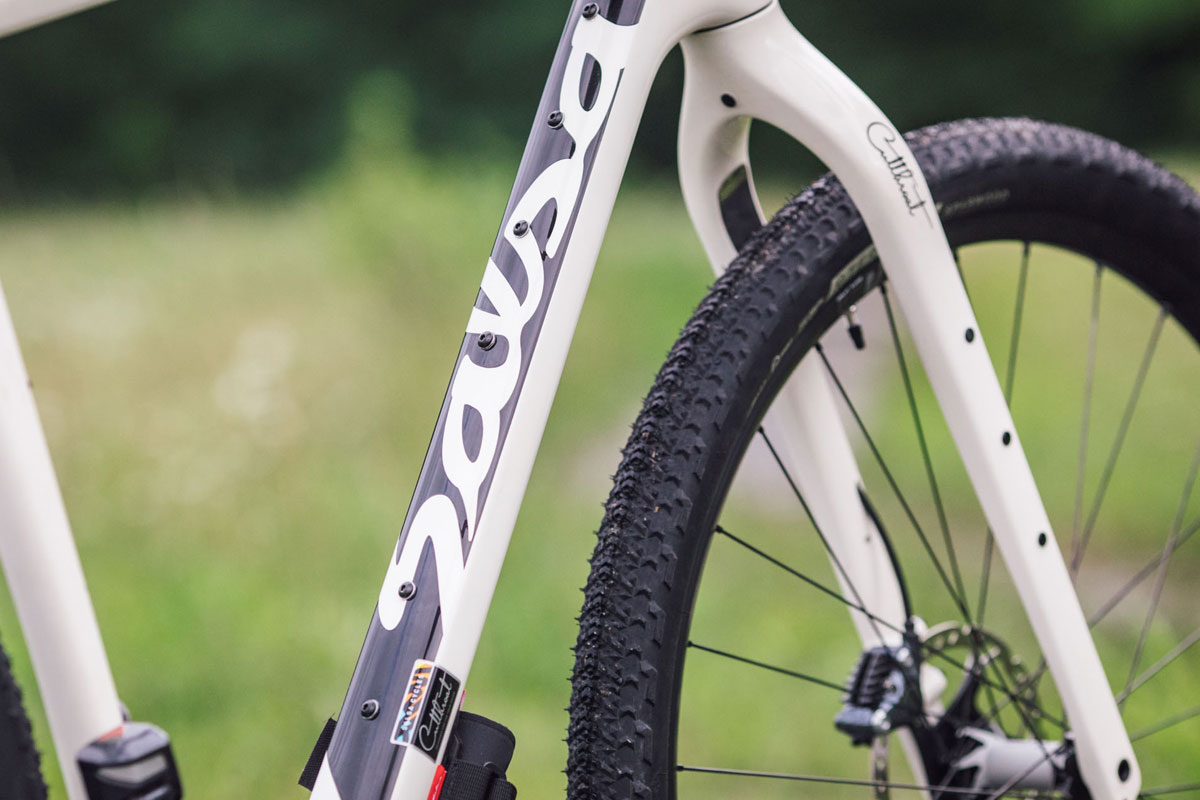 The Salsa Cutthroat V2 includes so many updates and new features, that it is difficult to pick out the main ones – it was already endowed with a carbon fibre layup that offers the best shock absorption on the market for truly rough ground, but the revised geometry, with a 69° head tube angle and longer wheelbase for greater stability for long days on any surface, additional cargo mounts (together with a new custom fit bag), and options for both 1x and 2x drivetrains must count amongst them; alongside the hugely impressive new fork, that offers over 30% more compliance over its predecessor. 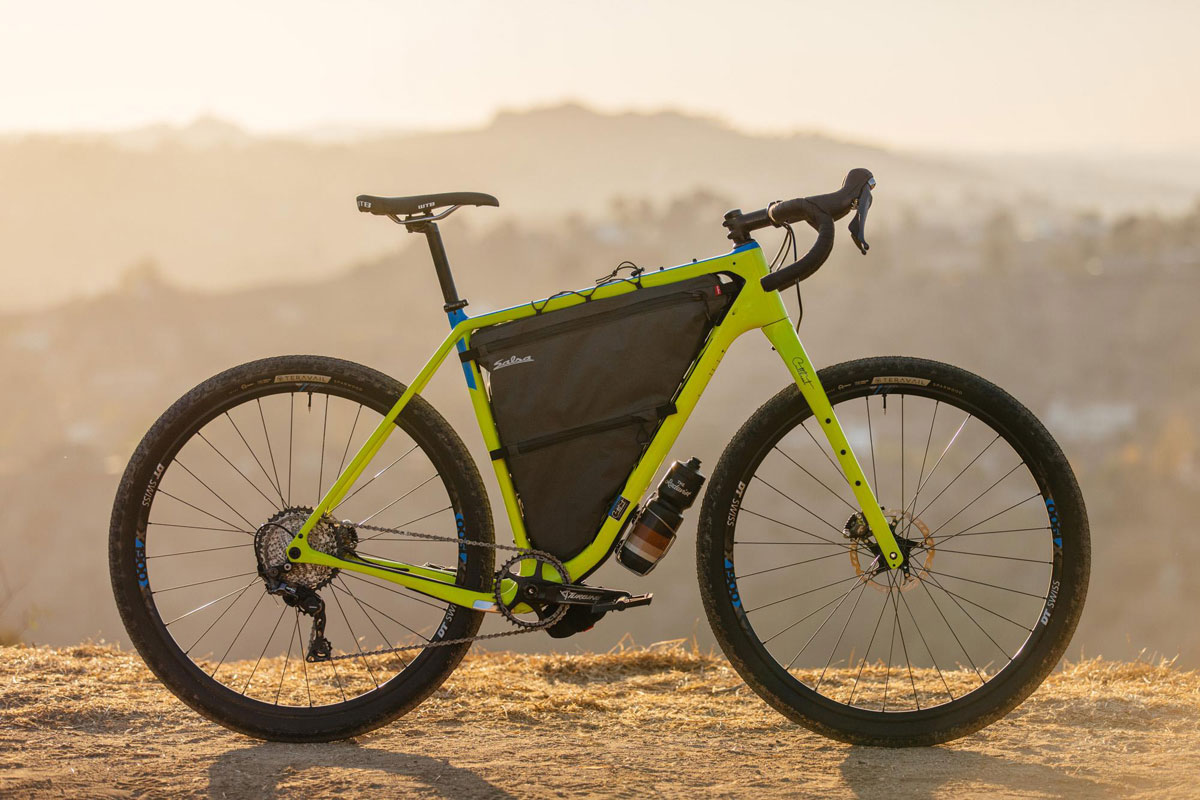 This bike is fast and doesn’t much care for going slow.Point this bike down a fire road and just put the pedal down and this bike gives so much back when you lean into it.While the Cutthroat is pigeon-holed as drop bar MTB specifically for the tour divide, I feel that the Cutthroat could easily service as a cross bike for someone who isn’t racing sanctioned races. It is an amazing bike if you want a light and efficient bike to cross town on that is still plenty capable when the pavement ends.  The Radavist 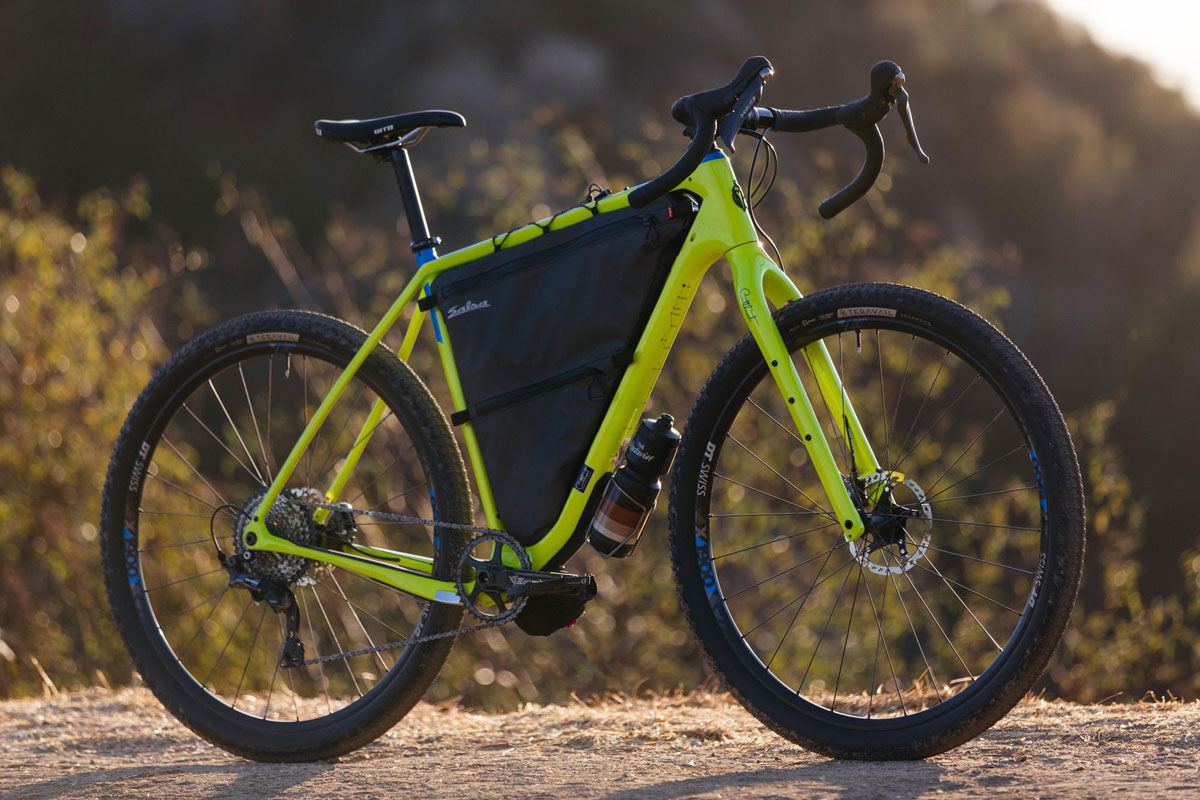 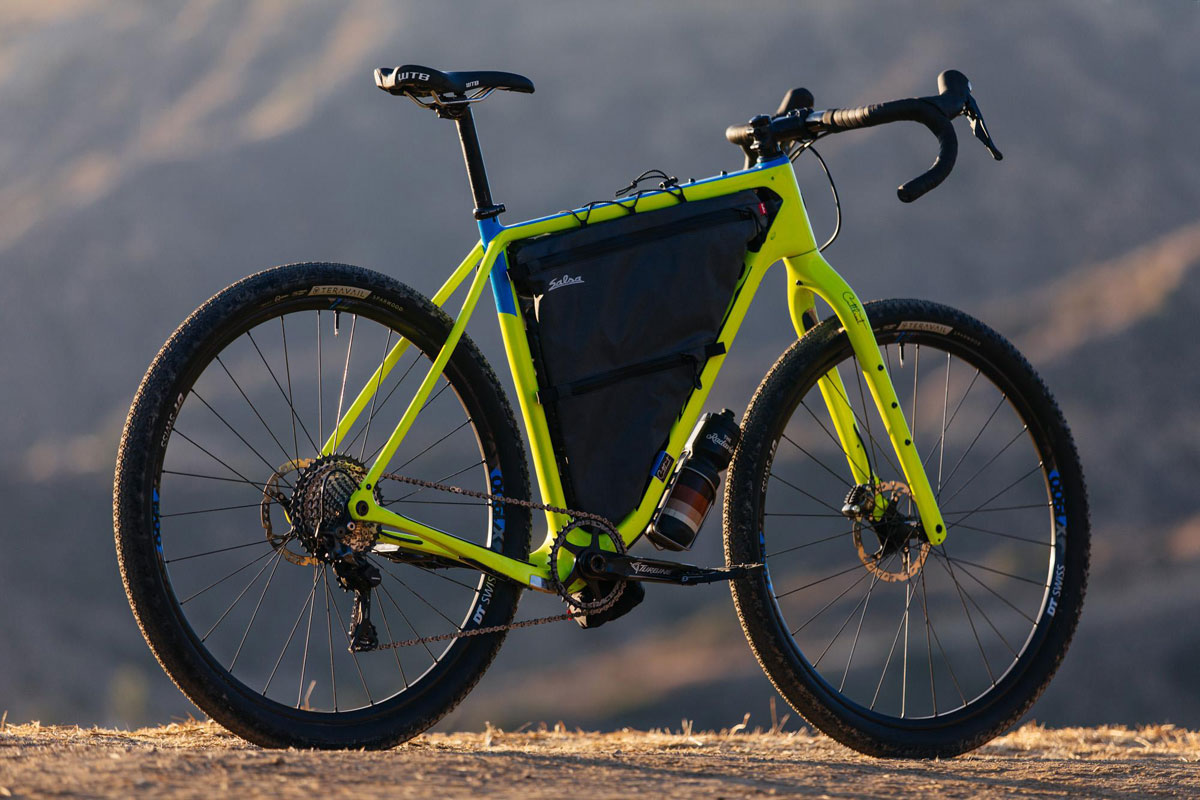 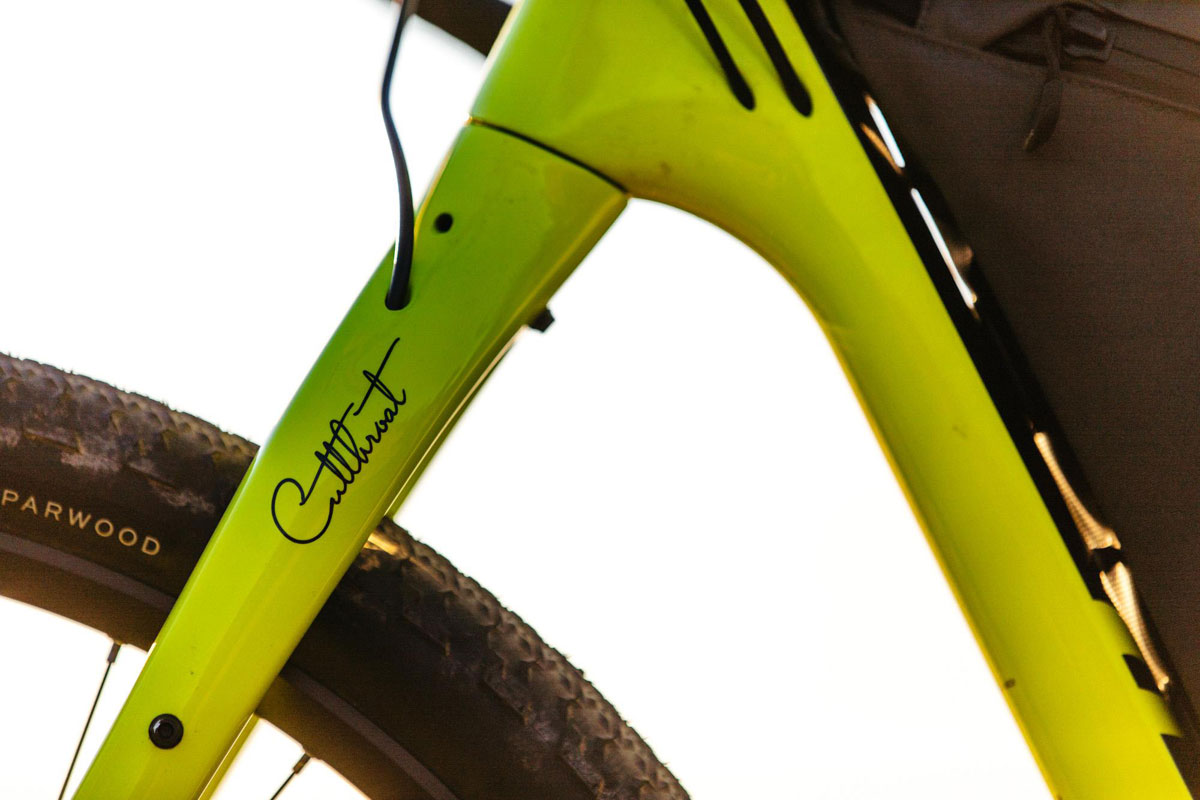 Over the last decade Salsa’s knowledge, experience and capabilities in the world of hravel and adventure racing have been channeled into the development of their Class 5 (referring to the class of ‘road’ their bikes are designed to tackle) Vibration Reduction System (VRS) carbon fibre that is now used in all Cutthroat and Warbird models.  The result is class leading shock absorption over the most challenging on surfaces, leading to greater comfort, control and lower levels of fatigue.

Quite simply, the World’s most successful ultra-endurance race bike just got even better: 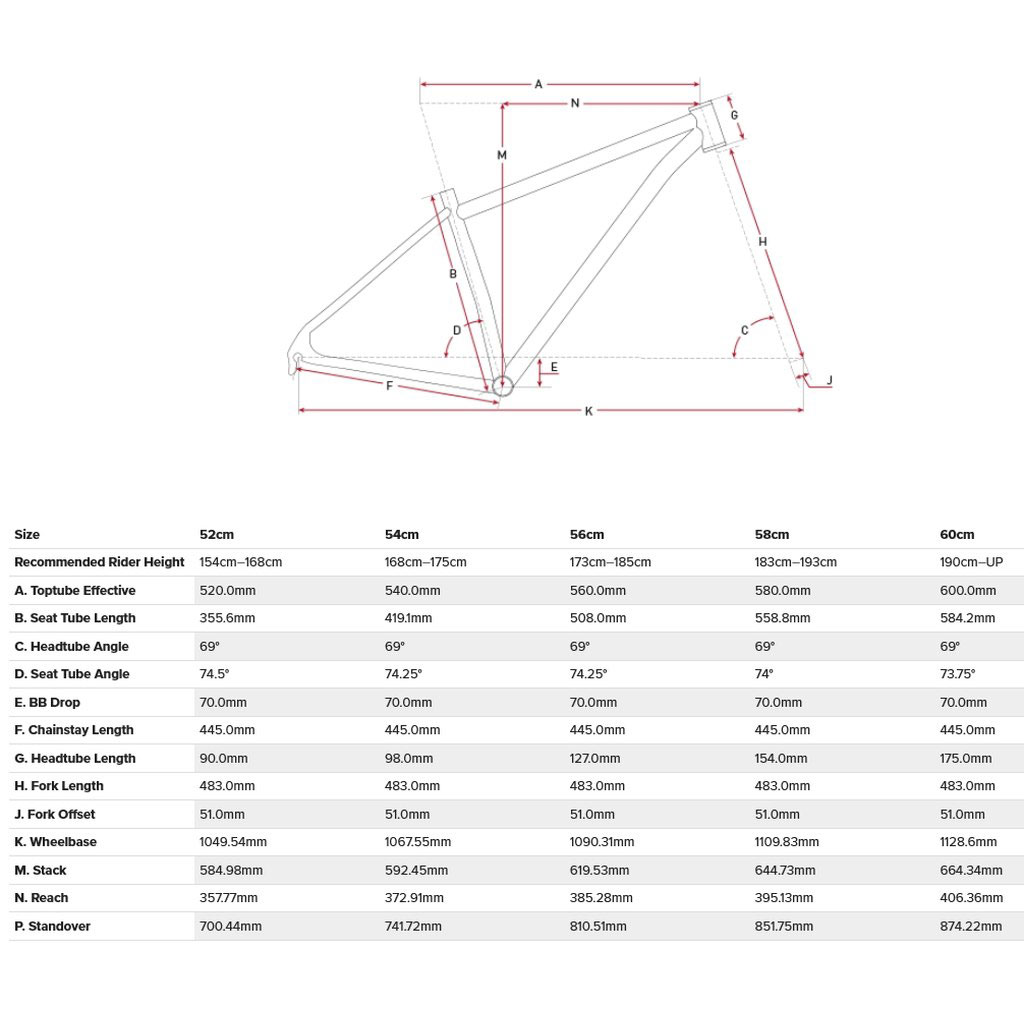 As well as the range of Salsa factory built full bikes, we are also able to offer a full custom specification with the Cutthroat; starting with a bare frameset we can build you a full bike using suitable components of your choice. 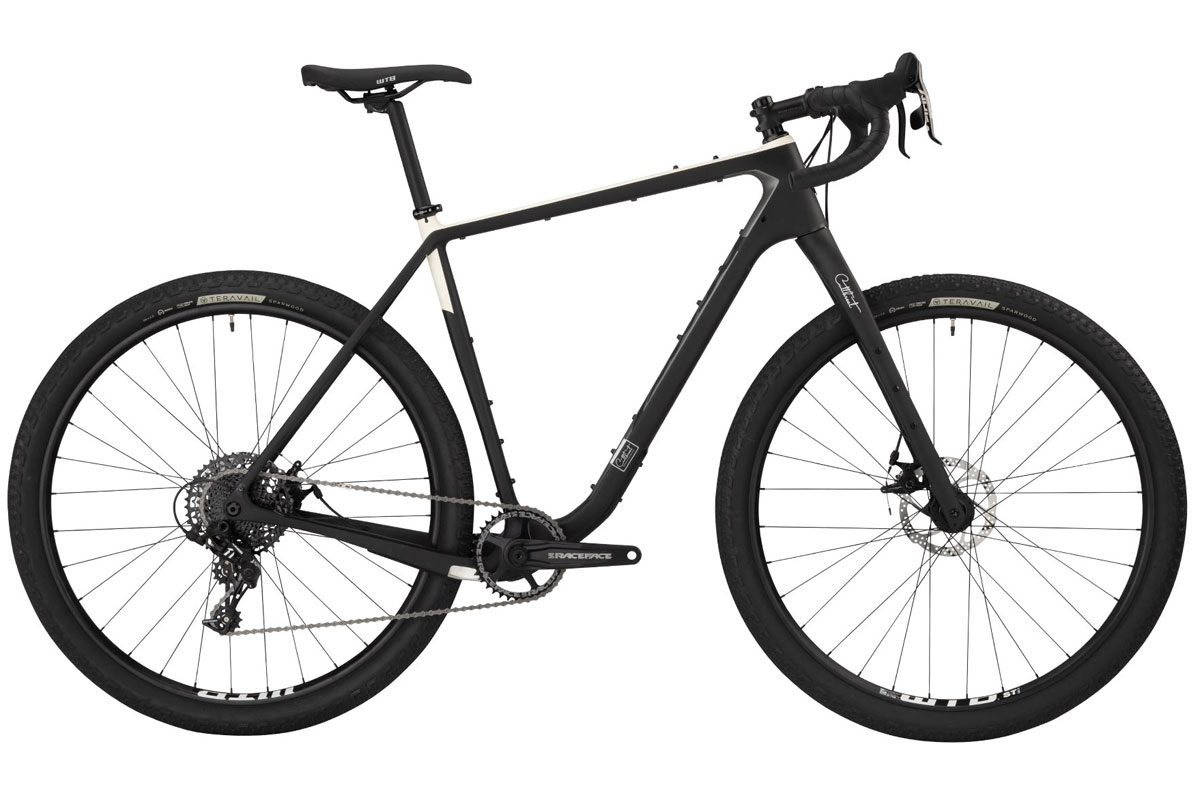 The manufacturer's RRP with standard components is £2950 – but to receive our own unbeatable EVERYDAY EPIC LOW PRICE please send us a price request below. 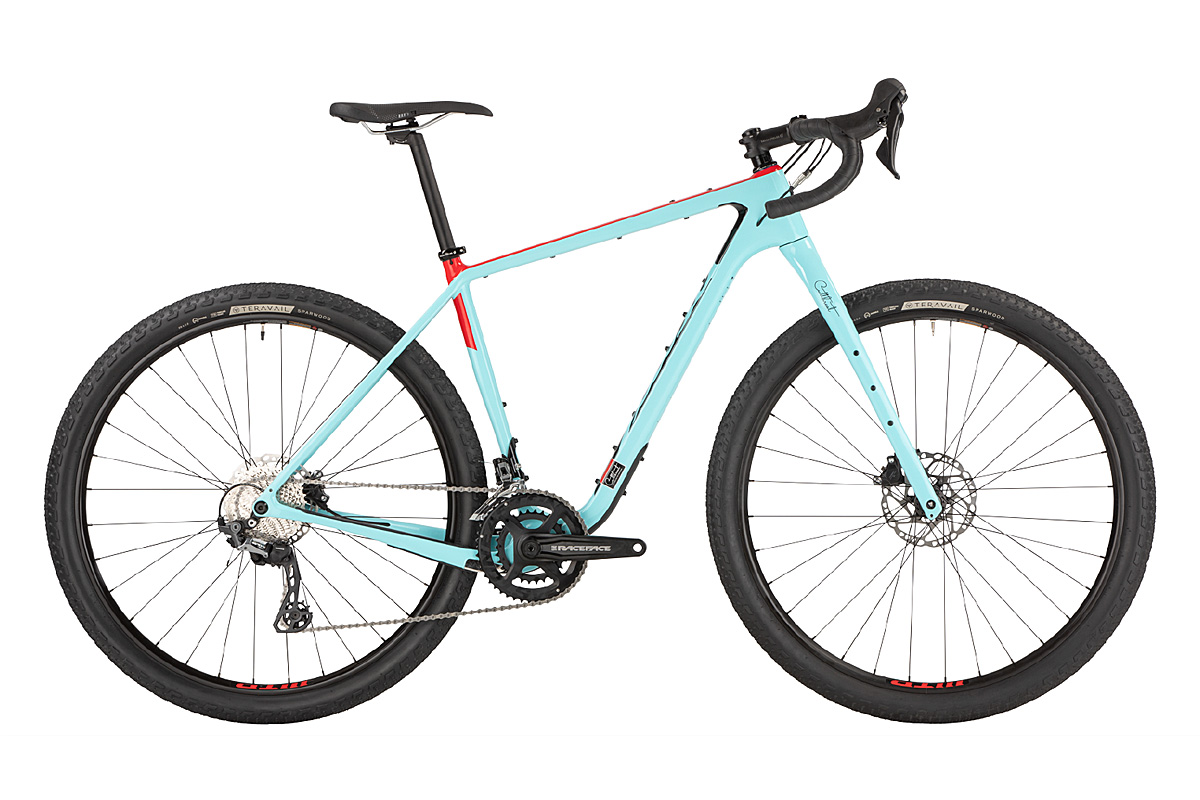 The manufacturer's RRP with standard components is £3450 – but to receive our own unbeatable EVERYDAY EPIC LOW PRICE please send us a price request below. 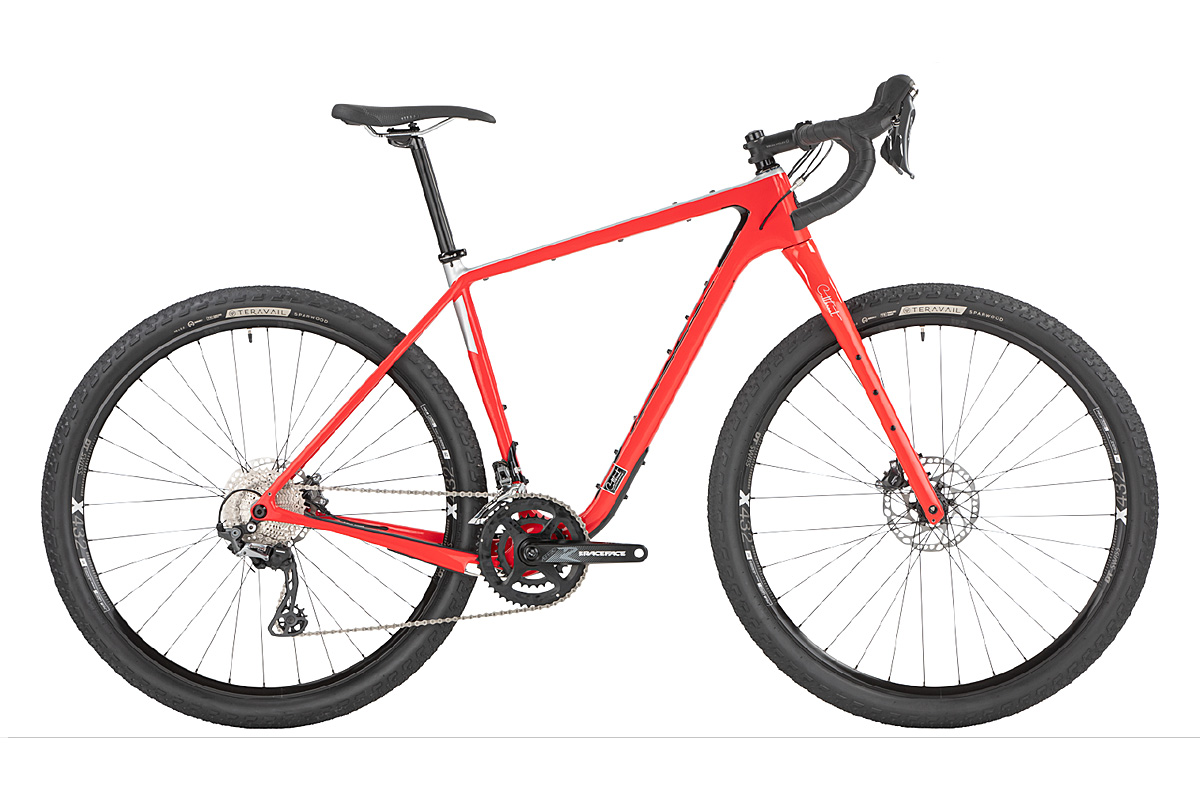 The manufacturer's RRP with standard components is £4700 – but to receive our own unbeatable EVERYDAY EPIC LOW PRICE please send us a price request below.