Highly versatile trail and adventure bike – and an icon!

The Surly Karate Monkey is an icon if the MTB world, having been one of the bikes that sparked the whole 29″ wheel revolution.  It’s a true multipurpose hardtail – is it a cross country marathon bike, a trail bike, a bikepacking rig, or an adventure racer?  The simple answer is yes – to everything!  The Karate Monkey has done everything from winning the Tour Divide and Iditarod to round the world expeditions to conquering local trail centres.  It’s one bike that genuinely does deserve to be called an icon – and its story is only just unfolding, as Surly continue to develop the Karate Monkey as their premier all-purpose hardtail. 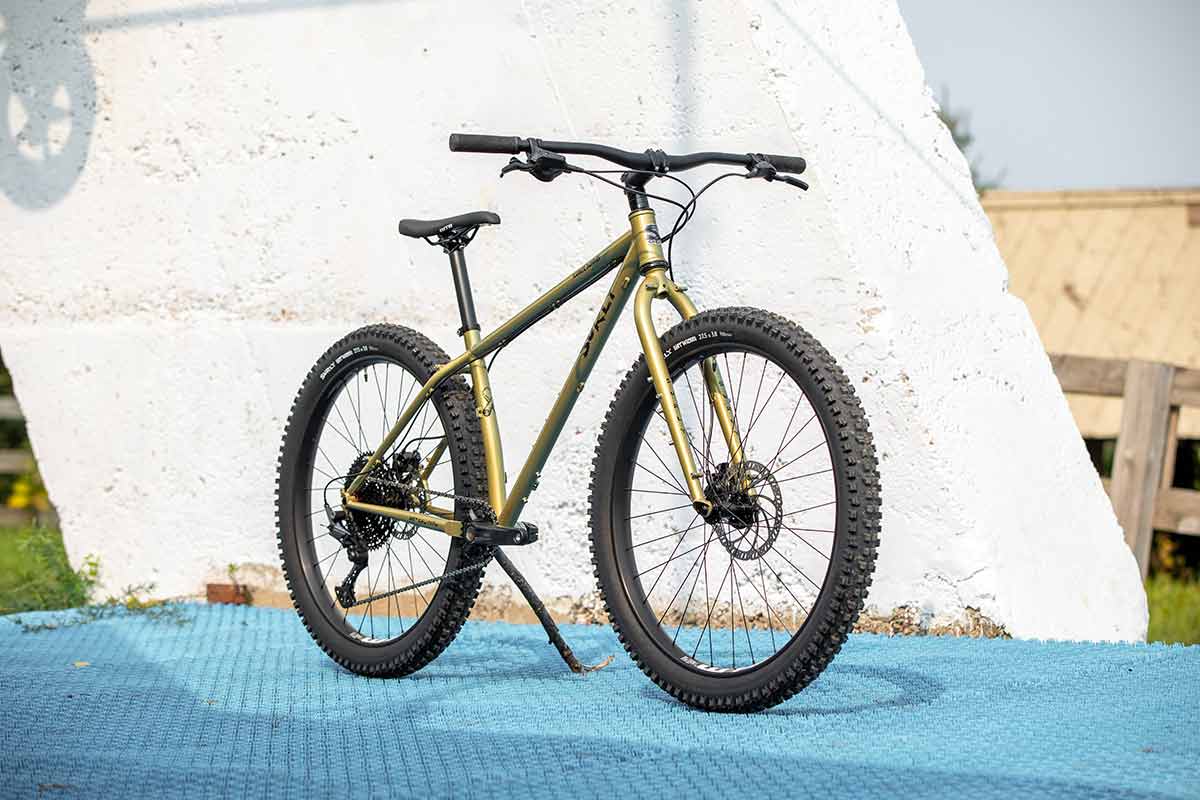 The Karate Monkey delivers a resilient, lively ride on all sorts of gnarly terrain. Its frame is a highly-versatile canvas for whatever set up or adventure you’ve got in mind.  According to Surly it can be set up in approximately 487 different configurations.  We’ve no idea how they’ve come up with that figure, but it illustrates the range of applications that the Karate Monkey is not just capable of being put to, it shines at them too. 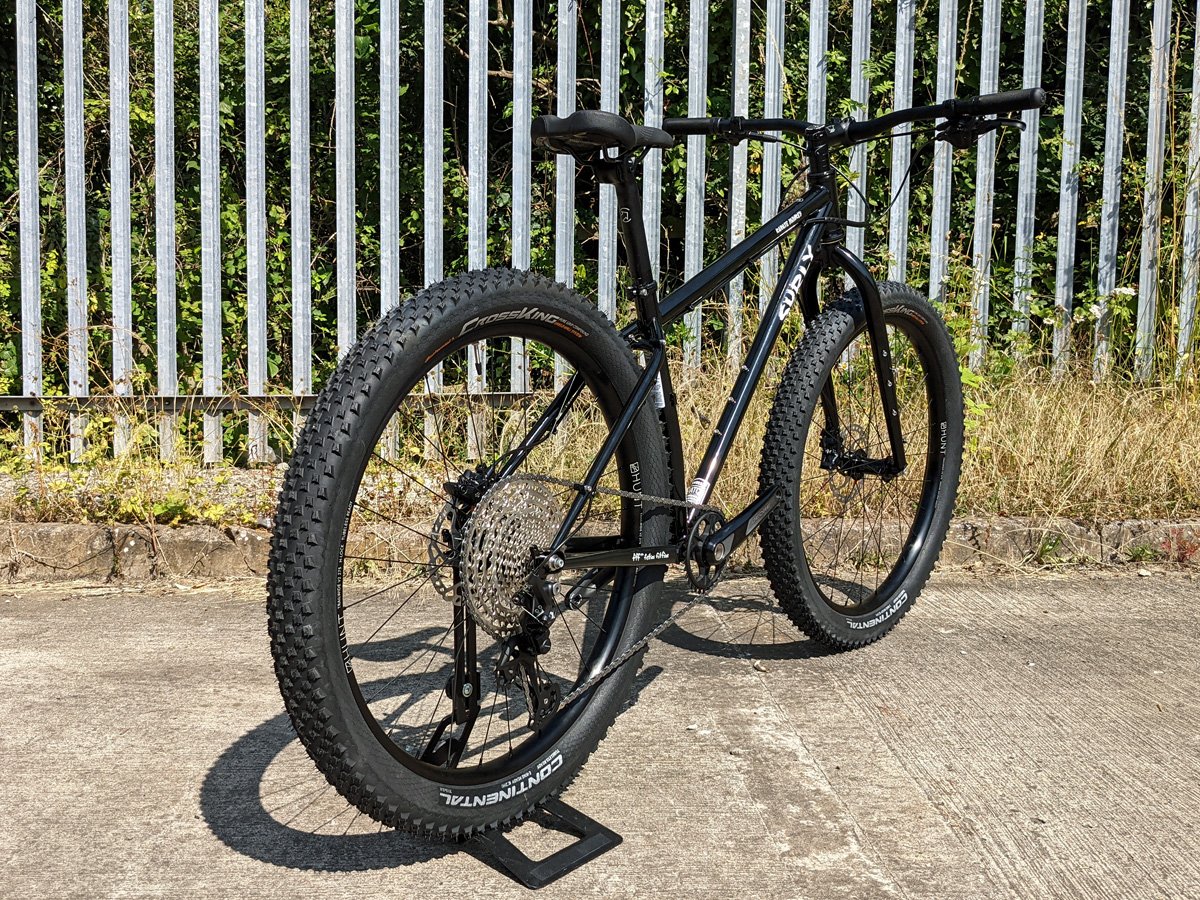 Originally designed as a 29er, the latest Karate Monkey has been re-designed to perform just as admirably as a 27.5+ rig as well, picking up of Surly’s design principle that their adventure orientated bikes should be adaptable to all riding styles and terrain conditions.  This dual capability allows you to pick your poison — provided your poison is having a really great time while wearing a permanent grin. 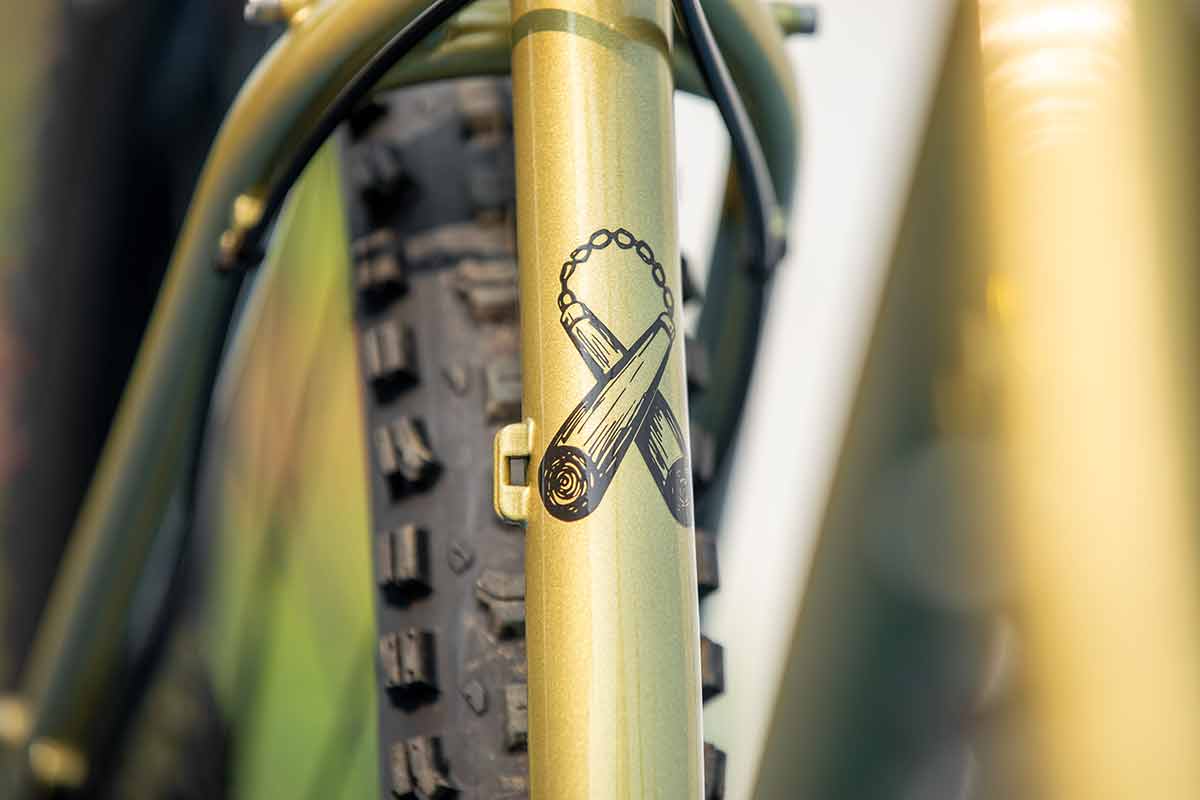 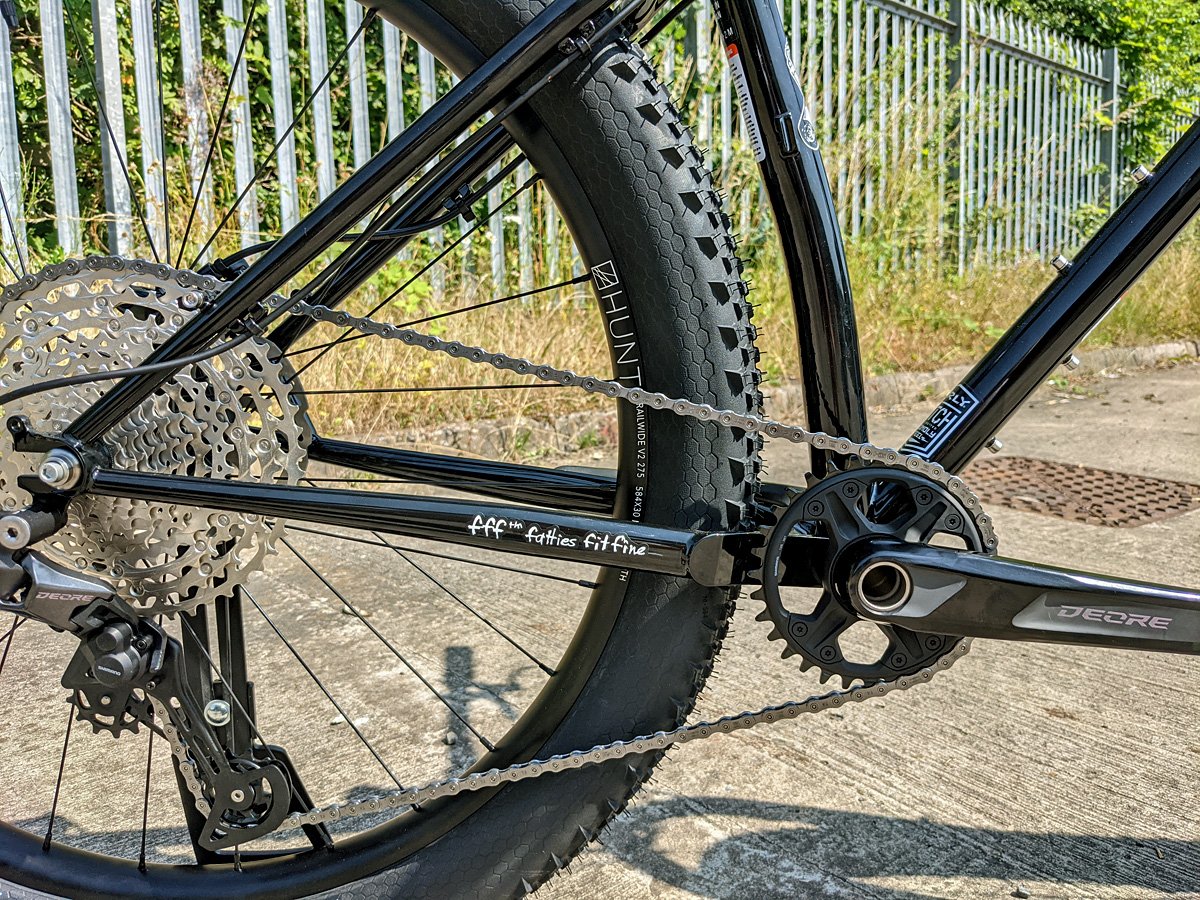 The frameset has clearance for up to 29” x 2.5” or 27.5” x 3” tyres, and features a huge number of braze-ons for carrying pretty much every form of luggage you can come up with, as well as mudguards if needed. 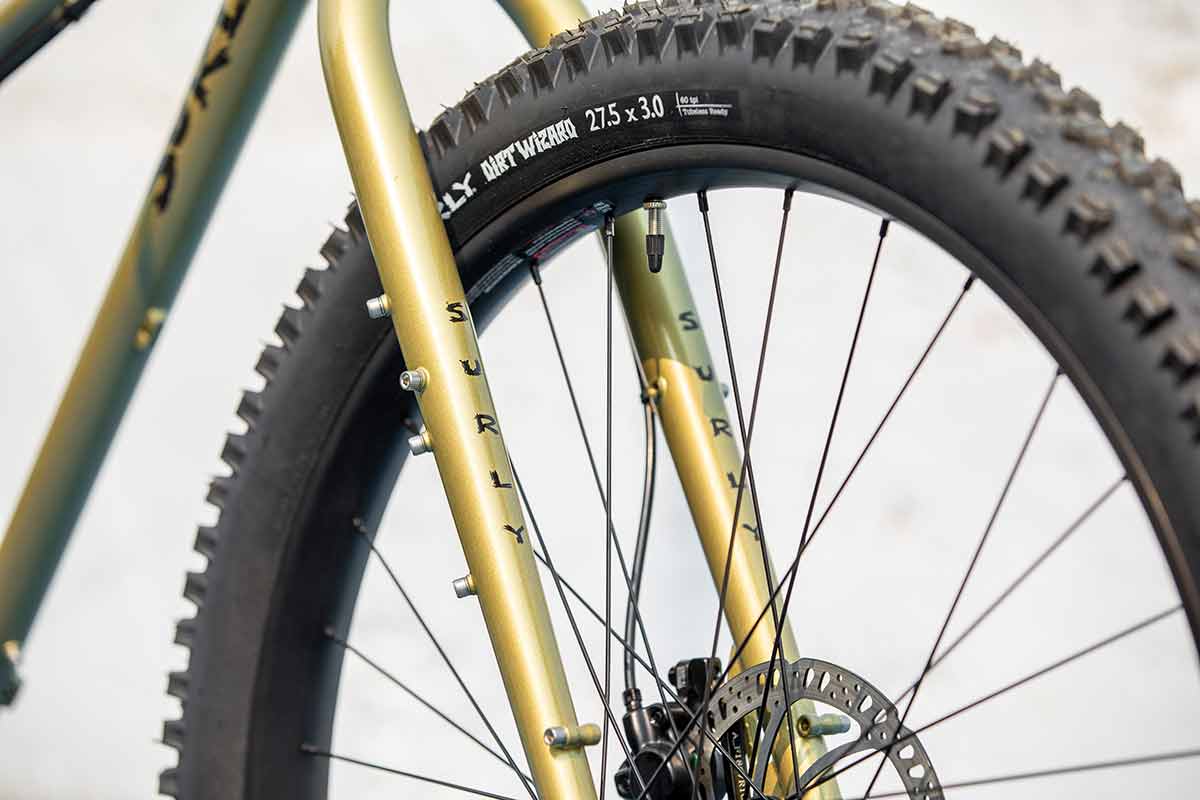 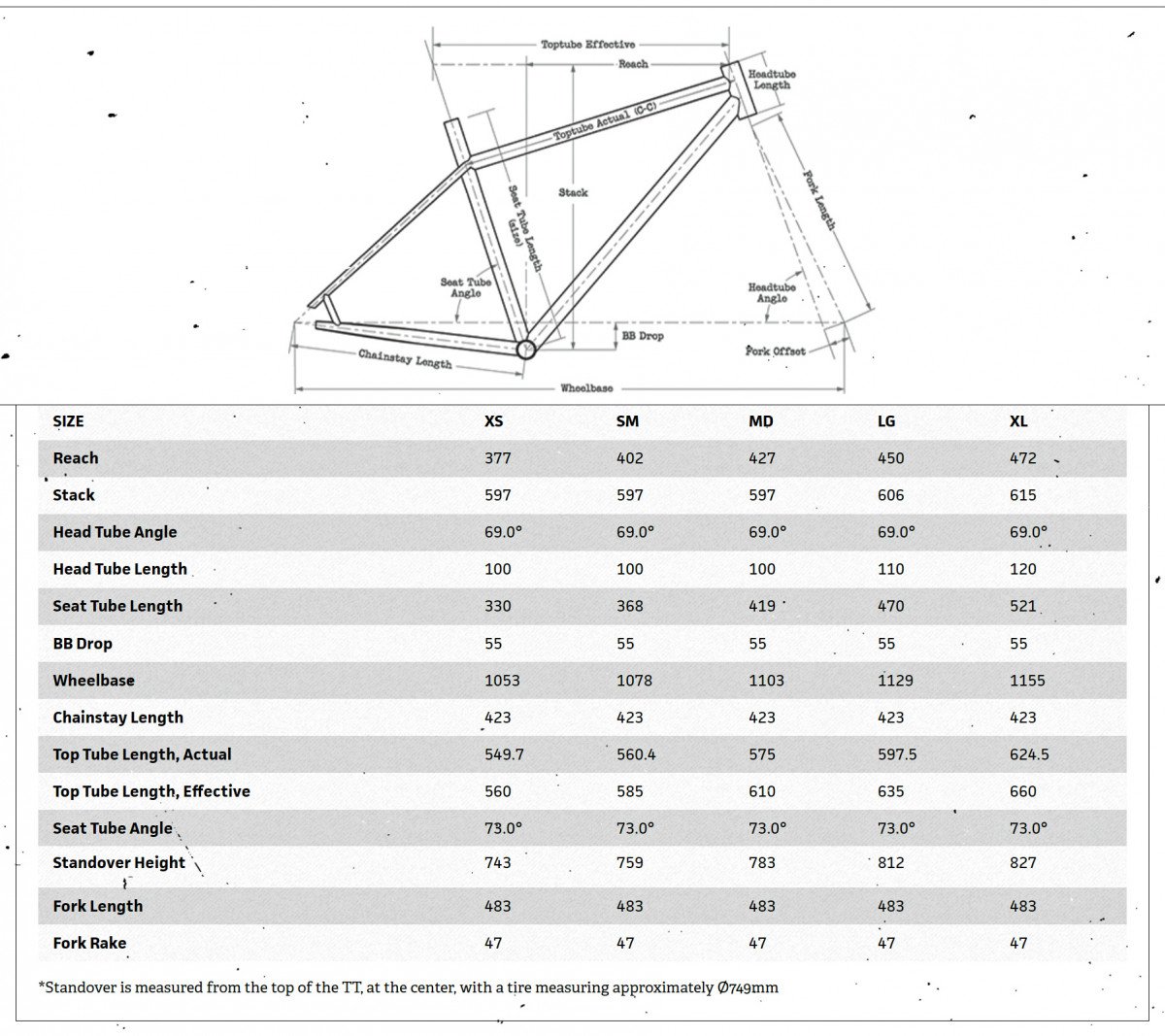 [1] Different tire and rim combinations will result in different clearances.[2] Depending on drivetrain configuration, tire clearance may be limited by the chain and not the frame.[3] Listed chainring clearance is worst-case scenario. Clearances vary widely depending on components and configurations.[4] Suspension fork length listed at full extension (not at sag)[5] For suspension fork tire clearance, please reference the fork manufacturer’s website.

The Surly Karate Monkey comes to us as a frameset, for building up into a complete bike in our workshop using components of your choice.  And with a huge variety of build options the Karate Monkey can be tuned to ride exactly the mind of terrain you have in mind.

All Surly Karate Monkeys start out as a bare frameset initially, for building up into a complete bike with suitable components of your choice. Below are sample builds that we offer as standard Epic Escape specifications, and frequently use as a start point for custom quotations.

Following recent government announcements regarding further ‘unlocking’ and recommendations that businesses make their own decisions regarding Covid-19 policy, we have decided to retain all of our Covid-safe measures for the remainder of 2021.

As has been the case since spring 2020, we will not be open for physical pre-sales visits. Instead we will continue to use our highly successful remote pre-sales and customer service processes. We will also continue to be open for Covid-safe customer collections and workshop services (both of which *MUST* be pre-booked).
Our remote selling processes are very well established and the bottom line is that whether you visit us or not, you will receive the same market-leading levels of customer service, personal attention and expert advice, whatever your budget – as well as our unbeatable every day low prices.