The week in riding:

Without planning on it, over the past week I spent more hours in the saddle than ever before. I might have trained harder in my former life as a full-time cyclist, but I’ve never ridden as much. And I’ve definitely never enjoyed myself on the bike more. It’s taken a long time for me to unlearn my previous way of riding, and to be able to just kick back and have fun with it.

There always had to be a strict plan, a watching of the numbers, and a constant analysis. There’s definitely a place for that, but this isn’t it for me. Riding gravel, and lots of it, simply because it makes me happy, is both the journey and the destination. The fact that this in itself is training is great, but it’s not everything anymore.

Having taken a bit of a break from the big miles over the last couple of months, my legs weren’t too happy with me by the time the week was up. I could definitely feel that I need to rebuild the base endurance and get my body used to the hours again, but it’s amazing how quickly that comes back. It never feels like it at the time, but by just going out and riding for the joy of it, and putting in the hours almost by accident, fitness returns without too much struggle. By not overthinking it, which is still a novelty for me, I’d go as far as to say there’s no struggle at all. 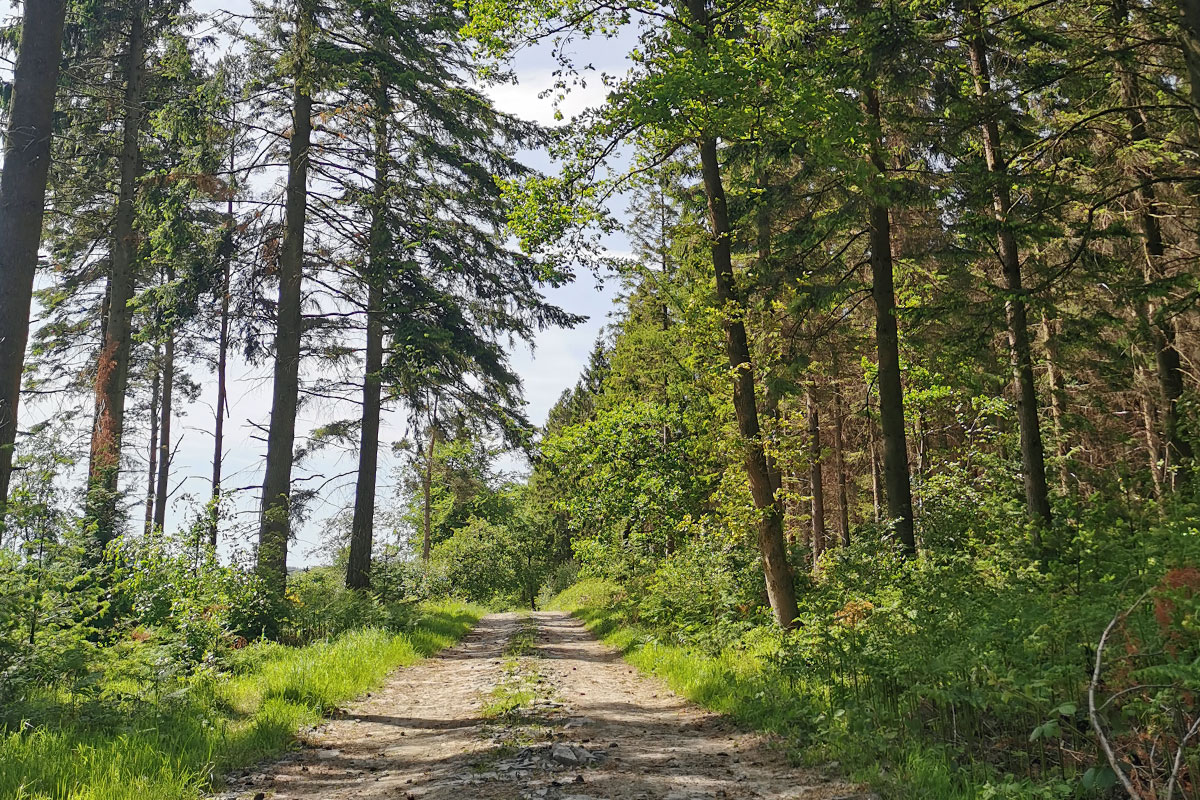 Route of the week:

Like anything you haven’t done for a while, I had a strange reluctance to explore over the past couple of weeks. Being out of practice with riding all day, and having lost the rhythm of heading out alone and exploring the unknown, I felt a bit anxious about going off on solo exploits again.

I hadn’t expected to feel that way, but this is still a relatively new thing for me. I was never one for adventuring before starting this process late last year, so it’s okay to not be an expert immediately. It always feels like others jump straight into the most extreme version of something, but really everyone was at the beginning at some point. Soon enough that’s a distant memory, and going big is the new normal. 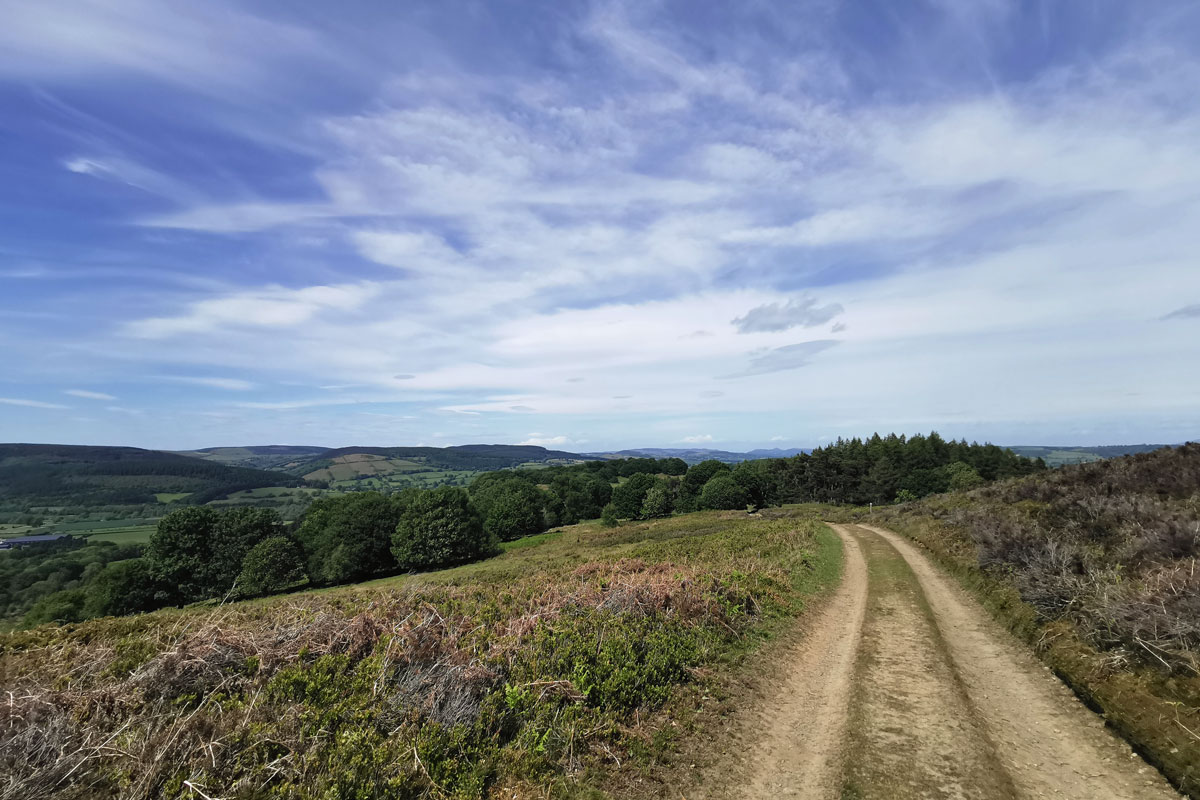 I decided to take it one step at a time, and not push myself too far out of my comfort zone this week. It’s looking like I’ll be spending plenty of time way outside of it this year, so I didn’t feel the need to restart that process straight away.

The route below has quickly become one of my most ridden of the year. It’s long, but not super long. It stays within a pretty close radius of my house, and has become an ‘easy’ ride for me to do. Perhaps that’s just familiarity, or the slightly less severe climbing than I usually come up against in this area, but it’s been nice to have a ride in my back pocket that I can roll out on without having to plan at all. It has stunning views, great terrain, and lots of unexpected moments of beauty. Without a standout moment, this one instead rewards you pretty much the whole way round. 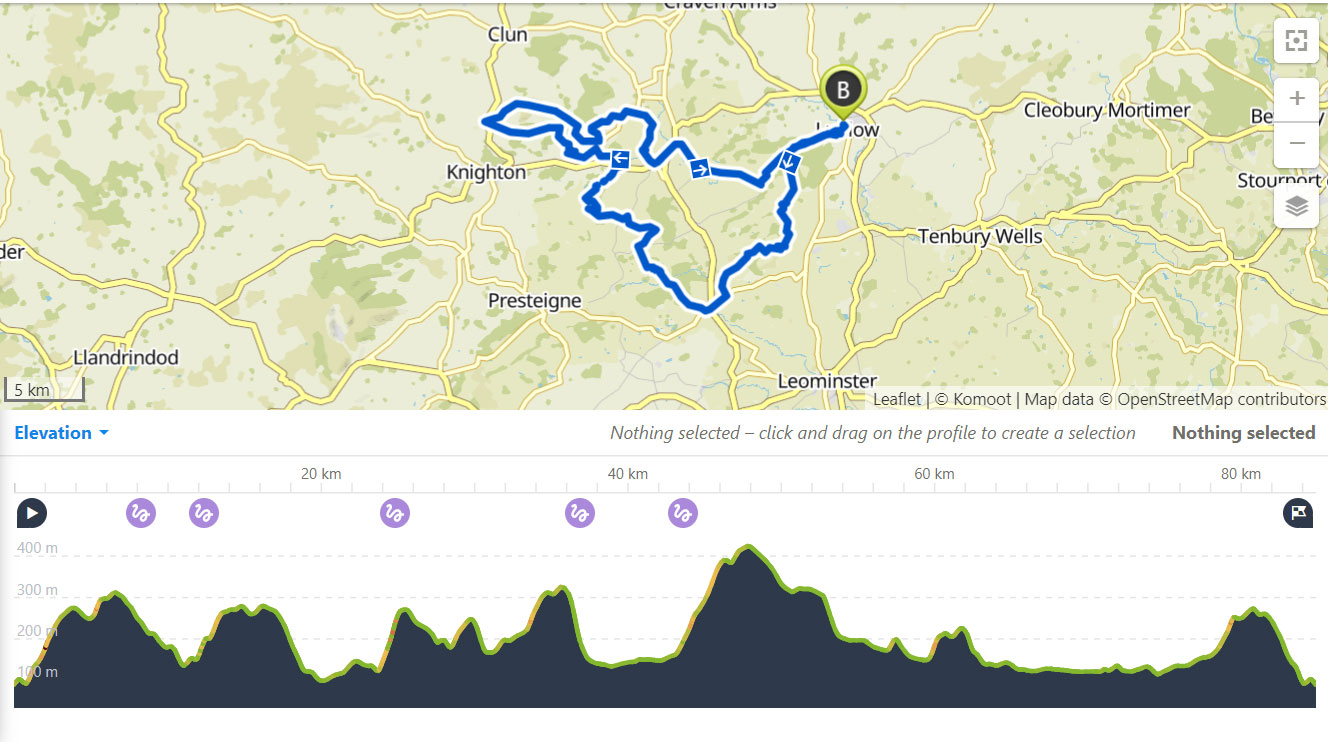 Riding the Topstone Carbon has upped the gravel game for me. From its speed, comfort, handling, and pretty much every aspect of performance, I’ve been impressed since the first time I rode out into the woods on it. But by far the most important thing for me is that it’s upped the fun factor. I’ve ridden it over hundreds of miles on the road, through the mud, over the gravel, and I’ve taken it for a fair few walks along the way as well. It might be a bit less shiny now than on that first ride, but the smile this bike put on my face still hasn’t worn off. 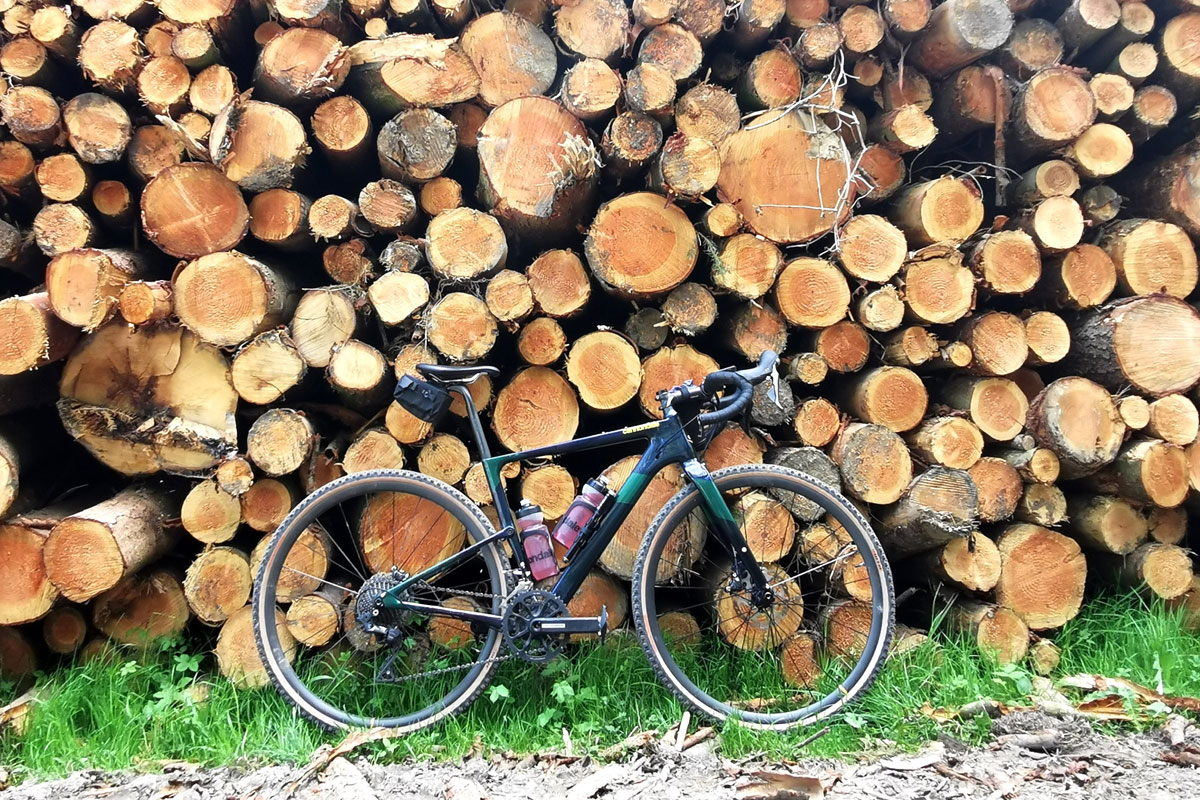 I’ll admit to being a skeptic of the KingPin suspension at first, but I’m happy to admit I was wrong. A gravel bike had already allowed me to find a joy in cycling that I’d never experienced before, and had taken me to beautiful places; both literally and metaphorically. The difference with the Topstone Carbon is that it takes me there on a smoother and more comfortable ride, without sacrificing any speed or agility that comes with a drop-barred bike. I’d call that a win. 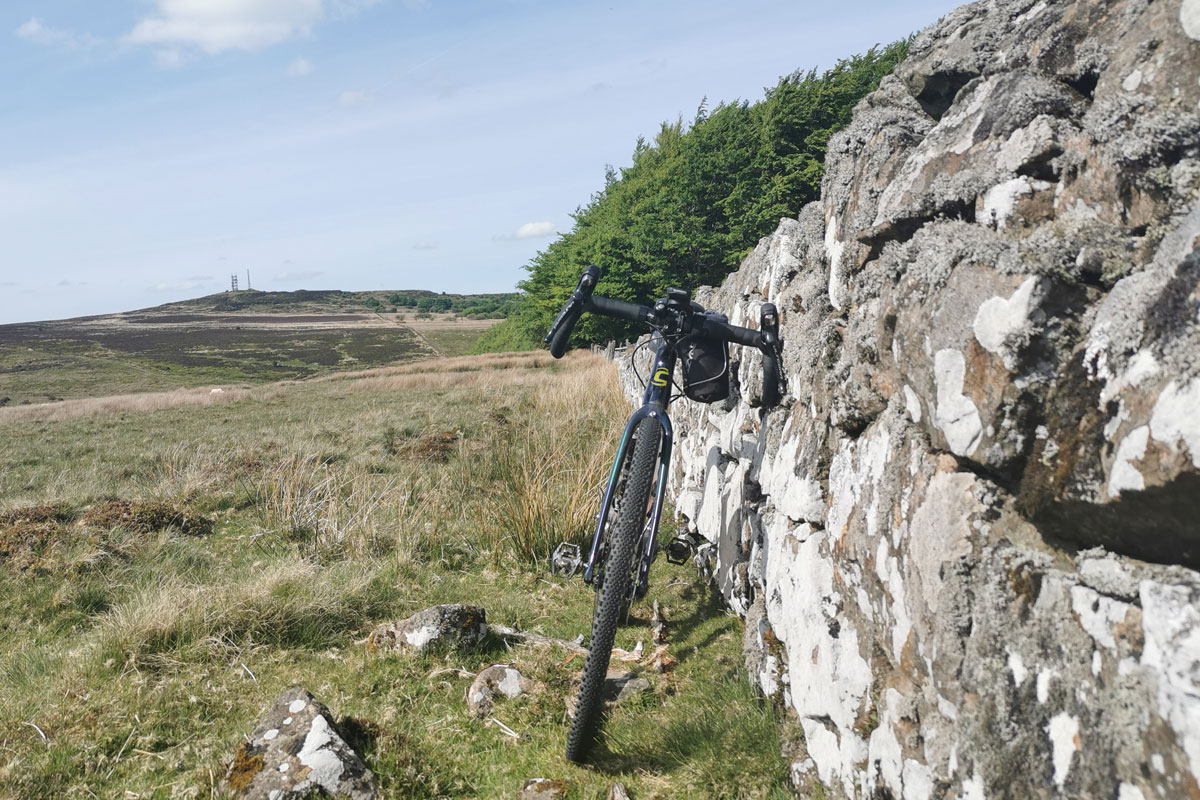 The fact that the Topstone Carbon is my favourite of all the bikes I’ve been lucky enough to ride, doesn’t mean you have to spend big to go graveling. As with most things, if you pay more then you get more. But the added innovations, more expensive materials, and higher end components, are all just the icing on the cake. They’re not a necessity in the pursuit of two-wheeled adventure.

A bike I’ve ridden for many hours, and has taken me to some of the most stunning hidden gems of gravel goodness in the UK, is the Topstone Alloy.  As is always the case, high quality alloy beats low quality carbon every time. This bike is a standout example of that. Coming in at a surprisingly affordable price, it’s comfortable, stable, and still packs a punch when it comes to pace. It might be missing the quick pickup of a racier bike, but it cruises over dodgy backroads, and takes the rough stuff in its stride.

From blasting around the local trails after work, to riding the Trans Cambrian in muddy conditions, sub-zero temperatures, and with luggage, this bike has served me extremely well. 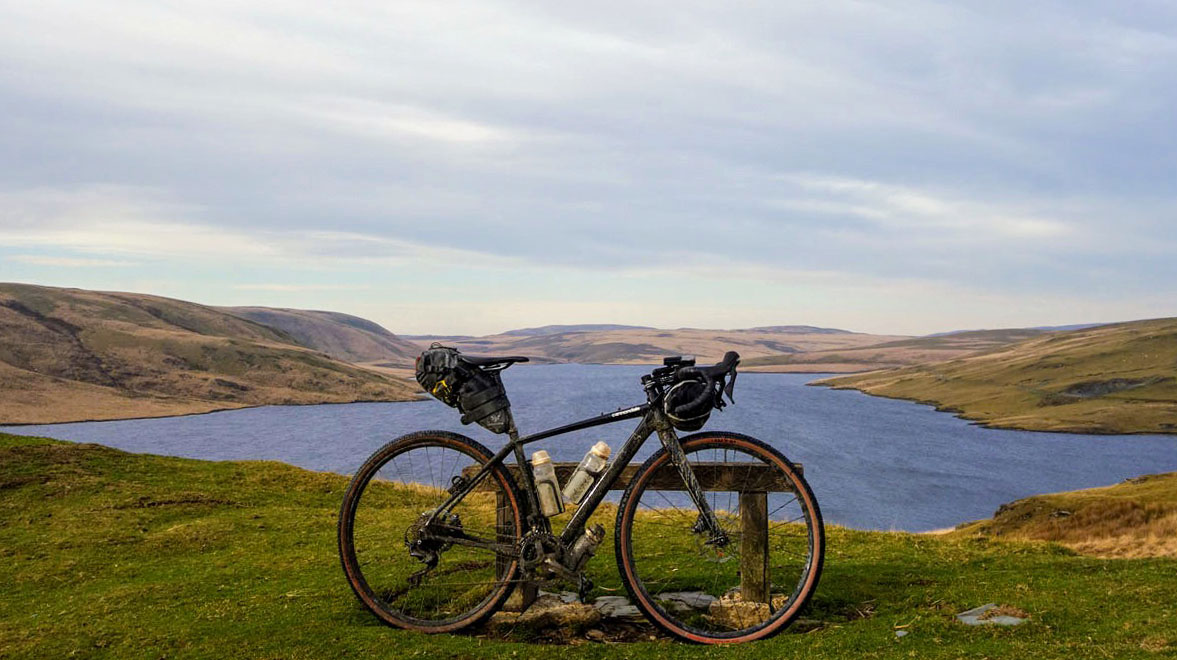 In the next installment:

It’s now almost exactly two months to go until the planned start of GBDuro. In preparation I’m going to be riding longer, further, and for more days back to back. As it becomes appropriate and possible to do so, I’ll also be exploring further afield as well. This should mean more exciting routes to be published in this series, as well as some kit experimentation to make the increased distance as easy as possible. Everything from navigation equipment, to camping gear, and the tyres I’ll be using, is a process of trial and error.

The other equally important part of the journey to the start-line is everything around the riding. I’ll be the first to admit that I couldn’t be less prepared for some aspects, and that can’t be the case when August rolls around. In line with current restrictions, I’ll be sharing my preparations off the bike. From camping for the first time in my adult life, to nailing the nutrition plan, there’s a lot to cram into the next eight weeks. Let the fun begin. 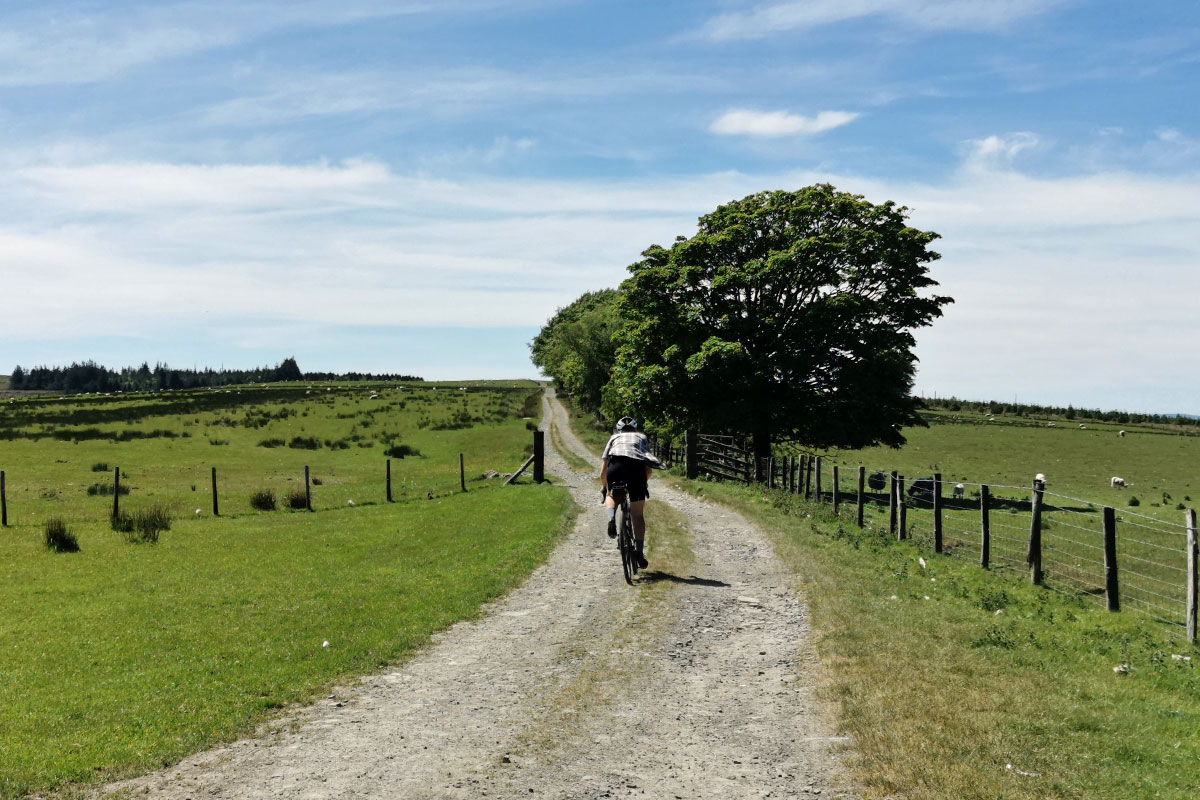